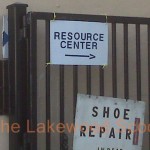 Gov. Jon Corzine tonight signed three bills aimed at making it easier for former inmates to readjust to life outside prison walls. The legislation will allow ex-offenders to receive food stamps and mandate job training programs at all prisons. “Earlier in my term, we put into place a comprehensive anti-crime strategy that focused on aggressive action against gangs and illegal guns, greater crime prevention activities, and new re-entry initiatives,” Corzine said. “This package of bills significantly strengthens the re-entry component of our strategy.”

The bills (A4197, A4201, A4202), spearheaded by Assemblywoman Bonnie Watson Coleman, were significantly scaled back after lawmakers balked at the price. They are now projected to cost $6 million, down from at least $10 million.

Supporters hope the bills lower the state’s recidivism rate: 65 percent of inmates are back behind bars within five years of their release. New Jersey has about 25,600 state inmates, and it costs an average of $48,000 per year to keep each incarcerated.

Maria Comella, spokeswoman for Gov.-elect Chris Christie, who takes office tomorrow, has said the incoming governor would not have signed the bills because the state can’t afford to spend more money.

A fourth bill (A807) signed by Corzine will allow people to pay municipal court fines in installments or pay the penalty in other ways, such as community service. Star Ledger.