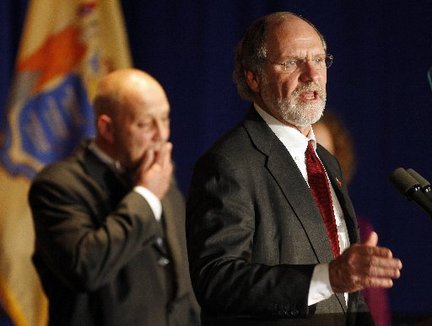 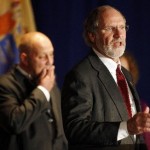 Gov. Jon Corzine today detailed $839 million in cuts and savings to help the state close a budget gap of nearly $1 billion. Corzine said he will ask schools to use up $260 million in surplus, wipe out the remaining $100 million in contributions to the state pension fund, and cut $479 million in other spending. At the same time, the state will pay for $350 million in other mid-year spending on programs such as Medicaid, senior property tax relief and tuition grants, and restore cuts to municipalities that he had announced earlier this month.

Frank Belluscio, a spokesman for the New Jersey School Boards Association, said it’s the first time there have been cuts in direct aid in the middle of a school year. Lower surplus funds makes schools more vulnerable, Belluscio said.

“The problem is that if you don’t have much surplus left, and your boiler breaks or a child that needs specialized services moves in to the district, you need to find a way to pay for that,” he said.

“While I recognize that we can leave no stone unturned in this process, including aid to schools, I have concerns that the governor’s actions to take aid from only those districts operating with a surplus is tantamount to punishing those who have planned and budgeted efficiently,” he said in a statement. “Every government department must be examined for opportunities to reduce spending.” Star Ledger.