Gov. Christie Expects To Declare State Of Emergency In Wake Of Blizzard 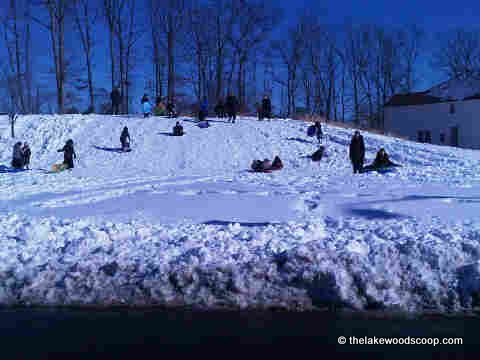 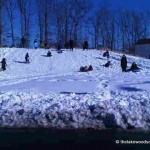 Gov. Chris Christie said he will likely seek federal funds to help cover cleanup costs from this weekend’s monster storm that dumped more than two feet of snow in places. As he toured southern New Jersey coastal areas today that were hit hard by blizzard conditions, Christie said he was still a few days away from declaring a state of emergency. That would start the process of applying for federal aid to help reimburse state, county and local officials for costs incurred from the storm. Christie said he first must make sure that the state’s costs exceeded $10.6 million and that snow totals were more than 90 percent of the previous record.

He also urged residents to check on relatives who live in the barrier islands that have lost power.

In Cape May County, 10 temporary shelters opened up, housing about 850 people, officials said. Snow totals around the county reached 26 inches in Dennis Township; 28.5 inches in Sewell, in Gloucester County; 27.3 inches in Cherry Hill, in Camden County; and 24 inches in Estell Manor in Atlantic County.

This morning, Atlantic City Electric reported more than 41,000 customers were still without power. Hardest hit was Cape May County, where 38,892 people remain without power, said Sandra May, a spokeswoman there.

Outages also are affecting nearly 2,000 residents in Atlantic County, and scattered outages were reported in Cumberland, Ocean, Burlington, Camden and Salem counties, May said. “We are still assessing the damages,” May said. “It continues to vary.”

Normal operations have resumed at Atlantic City International airport, one day after it was shut down by a monster winter storm. Sharon Gordon, a spokeswoman for the South Jersey Transportation Authority, which owns and operates airport, said it reopened around 6 a.m. today and no delays were being reported by midday.

The storm had little impact at Newark Liberty Airport and at New York’s LaGuardia and JFK airports, which continued normal operations all weekend. Very little snow was reported in most northern and metro New York areas.

But along the Jersey Shore, heavy snow caused tree limbs and whole trees to knock down power lines and utility poles, and it could be days before full power is restored in places. Residents without power should call Atlantic City Electric at (800) 833-7476.

Early this morning, PSE&G sent 15 trucks and a staff of 33 to Atlantic City Electric to with power restoration, said Ron Marino, a spokesman.

Beside power lines, the storm also wreaked havoc on the roads. More than 250 accidents have been reported in the region, Christie said early this afternoon, though no fatalities or serious injuries.

“Overall, I think things have gone fairly well,” the governor said, referring to storm response and coordination efforts. He added, “We have to work hard and work together. We’re challenged as a state.”

The Associate Press contributed to this report.