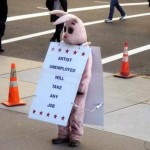 Gov. Chris Christie today will propose major changes to the state’s broken unemployment system, reducing benefits for workers and limiting tax increases on employers, legislative and administration officials said. Christie’s proposal, which will need to be passed by the Democrat-controlled Legislature, is aimed at softening a tax hike business groups said was their top concern for the year, while also targeting benefits given to future unemployed workers. Democratic lawmakers have said they would fight to protect benefits for workers, but they also said increasing taxes employers pay for workers could stunt job growth.

“I am going to have to support some element of what is being put on the table,” said Assembly Speaker Sheila Y. Oliver (D-Essex), who was briefed on the proposal Thursday. But “to have unemployed people, quote, ‘share the burden’ of dealing with our fiscal (problem), it’s like adding insult to injury to devastated New Jerseyans.”

The proposal, which would take effect in July, would reduce tax increases on businesses, institute a one-week waiting period for people receiving benefits, reduce the maximum weekly benefits check by $50 and increase benefit restrictions on people fired for “misconduct,” said Oliver and two senior Christie administration officials, who requested anonymity because they were not authorized to speak before the announcement.

With the state’s jobless rate hovering around 10 percent, the proposal would not affect employees already on unemployment.

Christie’s proposal is a shift from a statement he made just before taking office in January. He had said he wanted to find a way to help employers, but the state would have to “pay the piper on this” and he would not ask for legislation to put off the tax increase.

Those taxes on employers pay most of the cost of providing state benefits to laid-off workers. But politicians in both parties for years used unemployment taxes for other purposes, such as paying for health care for the poor.

A constitutional amendment, which Christie supports, will go on the ballot in November asking voters to force the Legislature to stop raiding accounts such as the New Jersey Unemployment Insurance Trust Fund.

When New Jersey and the country plunged into the deepest recession since the Great Depression, the state quickly ran out of money to pay benefits. That triggered a tax increase lawmakers have tried to soften.

“There’s no bigger issue for the economy, for future economic growth, for this state,” said Arthur Maurice, a vice president with the New Jersey Business and Industry Association. “Unless it’s resolved, there will be greater unemployment and no hope of any jobs recovery in the state.”

Without the proposed changes, the average employer in July would see taxes go up 58 percent — or $390 a year — per employee, according to the administration. The changes would hold that increase, on average, to 17 percent this year, or $130 per employee and further limit the potential for increases through 2013.

New Jersey has borrowed $1.2 billion from the federal government in the past year, and Christie and lawmakers have asked congressional representatives to work to get the loan forgiven.

Under Christie’s changes, future laid-off workers would have to bear some of the pain. The maximum weekly state benefit would be scaled back from $600 to $550, and people would have to wait a week to get a check. That means people who take weeklong furloughs — or temporary, unpaid time off — would not be eligible for benefits for that first week.

Those provisions will likely face the biggest fight.

“It’s something that I would have a very hard time supporting,” said Senate Majority Leader Barbara Buono (D-Middlesex). “I think it’s Draconian.”