Get Ready To See A Tax Increase This Year 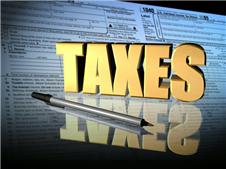 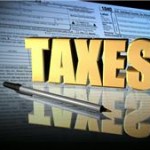 For the first time in more than a decade, the Ocean County Board of Chosen Freeholders will introduce a budget this afternoon with an increase in the county’s tax rate, which is 25.4 cents per $100 of equalized assessed value. Freeholder John C. Bartlett Jr. said county officials expect to raise an additional $8.1 million this year through an increase in the tax rate of 1.8 cents per $100. The total 2010 county budget is $347.9 million budget, which itself has been pared down by $9.7 million from 2009. “There are huge problems we have to face in this budget. …. We had a substantial loss of revenue,” Bartlett said, who serves as director of finance on the five-member, all-Republican board.

Bartlett said the loss of revenue amounts to $16.6 million.

In addition to that, the county is seeing an increase in routine levies on county government emanating from state government.

More so, Bartlett said if there are any further surprises out of the state capital before the end of the calendar year, he expects the freeholders will have to look at furloughing its labor force as a contingency.

A four-day furlough would save $1 million for the county, he said.

Bartlett said the county would basically operate in its second year under a hiring freeze (essential appointments are reviewed on a case-by-case basis) and that there would be no promotions this year.

However, the county does negotiate labor agreements with 22 unions and would honor all of its contractual obligations, Bartlett added. APP