From Trash To Treasure – Lakewood Receives $140,000 For Recycling Material 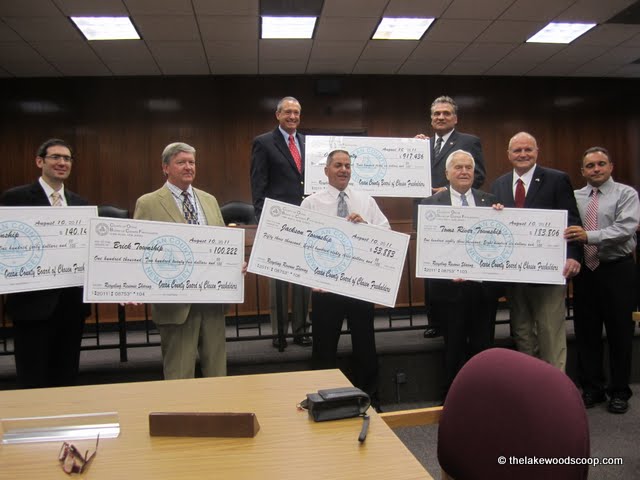 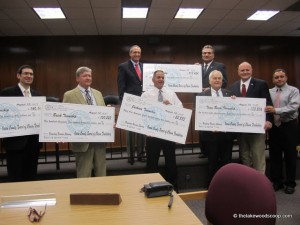 PHOTOS: Ocean County municipalities shared about $917,000 of recycling revenues distributed by the Ocean County Board of Chosen Freeholders Wednesday, with a big chunk of it coming to Lakewood. According to Freeholder James F. Lacey, who serves as liaison to the county’s recycling program, this is the largest payout the Board of Freeholders has been able to provide to its towns under the county’s Recycling Revenue Sharing Program.

Since 1995, the county has distributed more than $12 million to the municipalities that participate in the county’s recycling program through its Recycling Revenue Sharing Program. The amount returned to the towns is based on the amount of recyclables collected and brought to the county and the price per commodity in the current market.

And Mayor Menashe Miller says the credit for the chunk of cash is due to the cooperation from Lakewood residents.

“Residents are recycling more than ever”, Mayor Menashe Miller tells TLS. “As hidious as those yellow cans were – and it took us a while to get used to them – the proof is in the pudding – or in this case in the can!”, the Mayor says. “For every item recycled, it’s one item less were paying for, and one item more which turns into real cash given to the town”.