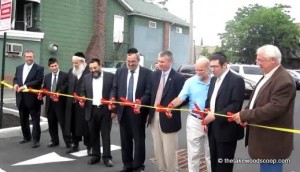 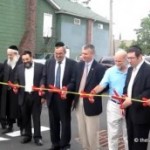 Lakewood merchants and the public are invited to the official opening of the first of three municipal parking lots, Third Street between Clifton Avenue and Route 9, Friday, September 23, 2011 at 10:00 a.m. For years Lakewood merchants and their patrons have been clamoring for more parking downtown, especially considering Lakewood’s growing population. In 2007, the Lakewood UEZ began to identify properties on Second, Third, and Fifth streets that could be converted to parking lots. The Lakewood Development Corporation (LDC) the administrative arm of the UEZ, began to acquire those properties with a plan to construct new parking lots.

According to Patricia Komsa, executive director of the LDC and coordinator of the UEZ, the LDC has purchased property on Second Street and is negotiating for additional property in that area to create a contiguous set of parking lots from Fourth to First streets.

Komsa says, “The design for a lot on Fifth Street is already underway. The LDC hopes to begin demolition of structures on Fifth Street in October in order to move ahead with plans for the new lot. This lot will allow access directly to Clifton Avenue via a pedestrian walkway.

“Businesses backing up to the new lot have already begun to establish convenient rear entrances for customers. Tips and Toque, a baking and kitchen gadget boutique, is a UEZ business who is ready to take advantage of the new lot.”

Komsa says, “There are not many municipalities that can brag that they have a ‘real downtown.’ We do. We need to encourage economic growth and job creation in order to sustain our downtown and our community at large.” [Submitted by Township]