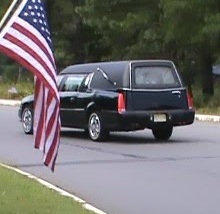 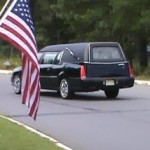 Legislation sponsored to ensure New Jersey honors its fallen members of the Armed Forces was released Monday by an Assembly committee. The bill, sponsored by Assemblymen Nelson T. Albano and Matthew W. Milam, requires the Governor to direct the Adjutant General of the New Jersey Department of Military and Veterans’ Affairs to notify local government to fly United States and state flags half-staff upon death of member of Armed Forces who was a state resident.

“The purpose of the bill, quite simply, is to honor all brave service members who have served this state and our country so selflessly and who have given the ultimate sacrifice for freedom – their lives,” Albano said. “Flying flags at half-staff to honor their bravery may already be a regular practice, but it’s right to make it a requirement.”

“Requiring the state to honor the brave sacrifice of our sons and daughters, brothers and sisters and neighbors is the proper thing to do,” Milam said. “They have given the greatest sacrifice to defend our freedoms, so the least we can do is require their memories to be appropriately honored.”

The bill was released 5-0 by the Assembly Military and Veterans’ Affairs Committee. TLS.