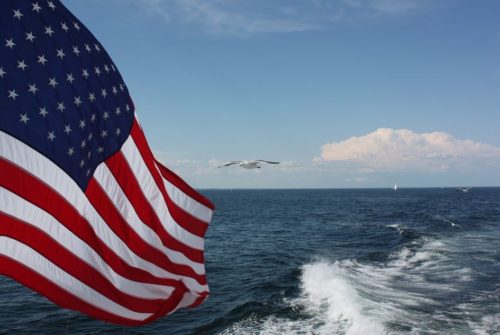 “On Flag Day we celebrate the cherished meaning behind the Stars and Stripes,” said Freeholder Director Joseph H. Vicari. “We honor freedom, justice and everyone who upholds the virtues of our nation.”

Vicari said the meaning of Flag Day is even more important in these turbulent times.

“In the past months we’ve seen COVID-19 tear through our communities and curtail some of the freedoms we so dearly treasure,” he said. “We’ve seen protests and individuals exercising their rights to demonstrate against wrongs. But through it all, the American Flag still shines bright, as it always will.”

Vicari said that while he supports everyone’s right to protest, those protests must not include the burning or the defacing of the American Flag.

“As Americans, we must all come together and work shoulder-to-shoulder to improve our nation and our communities,” he said. “There is no place for those who destroy.”

Flag Day was born in 1916 when President Woodrow Wilson issued a Presidential Proclamation declaring June 14 as a day to display and honor the Stars and Stripes.

Vicari said the American Flag has special meaning for him because his late father Hugo was a World War II veteran who fought in the Battle of Bulge.

“For many years I’ve also worked with our veterans on Memorial Day to place American Flags on the grave of every deceased veteran in the county,” he said. “When you honor and respect the flag, you are also honoring the brave men and women who made the ultimate sacrifice defending the freedom the flag represents.”