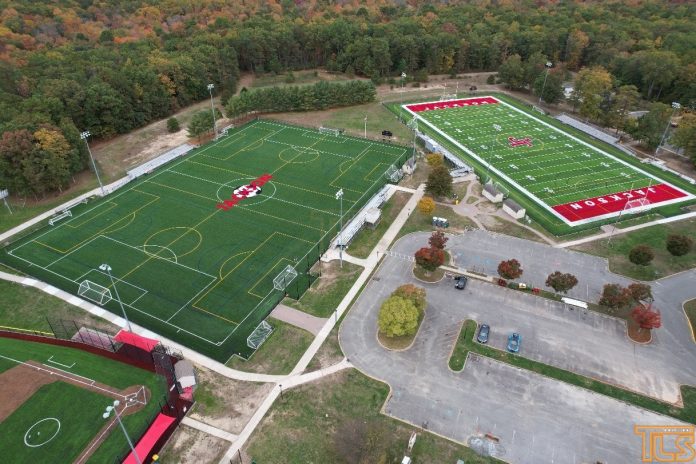 Jackson Township today released the first aerial pictures and of four new turf fields that have been installed at the Justice Athletic Complex, which are part of the township’s $2.9 million investment in upgrading its two major sports facilities.

Last month, work was completed on a newly-installed turf field at the Holman Athletic Complex.

“New turf fields have been installed at both the Justice and Holman facilities. We’re on budget and on schedule with all major improvements. Our residents, and especially our kids, are going to enjoy these improved facilities for many years to come,” Reina added.

At the Justice complex, new turf has been installed on the soccer field, football/multi-purpose field and two baseball fields.

Final sitework is now underway with the installation of ball-stopper posts, netting and other items.

As reported earlier, removal of old turf fields at the Justice and Holman complexes started in June.

All improvements will be completed by the end of the year, if not before.

This overall initiative is the most comprehensive improvement effort undertaken at the township’s Justice and Holman recreational facilities since the original turf fields were installed between 2007 and 2008.

“Investments like these strengthen our community, our families and our children,” Mayor Reina said. “That’s why we’re especially proud of this effort and what it will mean for Jackson Township in the years ahead.”

With the full support of Mayor Reina and the entire township council, the township awarded two separate contracts, totaling $2,898,413, to complete these major upgrades and improvements.

As site work continues at the sports complexes, the township asks that all residents avoid these work areas throughout the duration of construction. 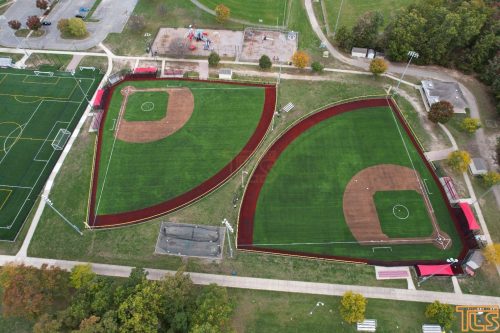 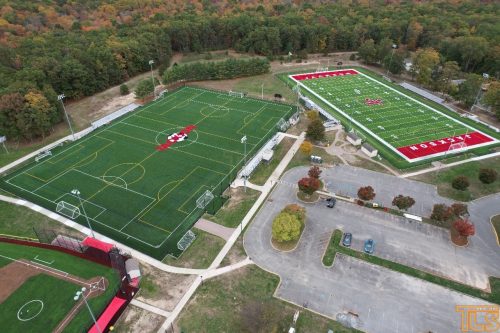