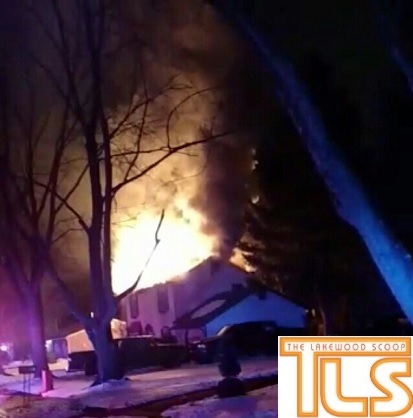 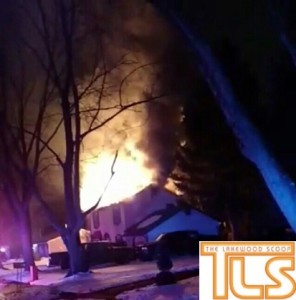 VIDEO [UDPATED] A fire at a Raintree area home this evening left the residence severely damaged.

The fire at the Del Mar Avenue home broke out shortly before 9 PM, and sent flames shooting from the side of the home.

Dozens of firefighters from all of Lakewood’s Fire Companies responded to the scene, and knocked down the fire about fifteen minutes later.

The fire reportedly started in the fire place, and sent flames up to the attic.

The home’s occupants were reportedly home at the time, and escaped without injury.

The incident is under investigation.

This story was initially reported on our news alerts. (@LakewoodScoop)