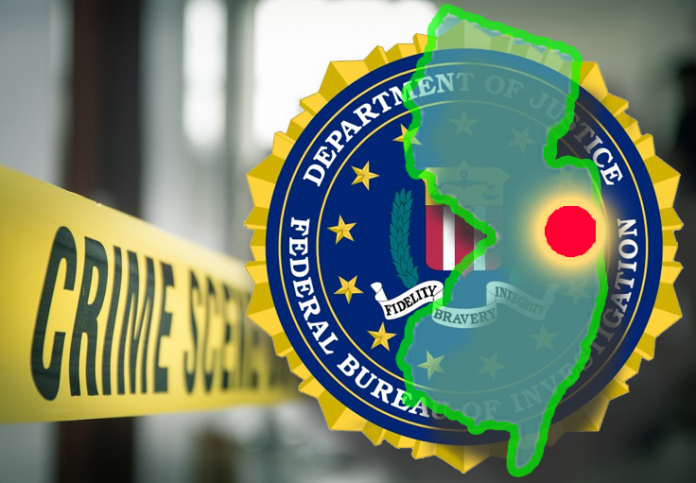 My thanks to the entire ADL for inviting me here today.

I’ve been in this line of work for a long time now, starting out as a prosecutor in the ‘90s and then in various roles in the Justice Department, which included time overseeing what was then the Office of Special Investigations—or as they were more commonly known, the Nazi hunters—whose particularly rewarding work demonstrated to the world—and anyone who might contemplate heinous crimes against the Jewish people—that we’ll hunt murderers right to their dying days.

I’m proud to say we helped the U.S. track down, denaturalize, and deport more Nazis than all other countries combined. And much like the work we’re doing together today, that effort both required and benefitted from a close partnership with the Jewish community.

The main reason I took this job was my belief in the FBI’s core values and mission – to protect the American people and uphold the Constitution. And I think our mission gels very well with yours: “To stop the defamation of the Jewish people and to secure justice and fair treatment to all.”

That’s one of the reasons we’ve been such great partners in fighting to stamp out the recent uptick in hate crimes in the U.S., I think, because both of our organizations understand what can happen when hate is allowed to fester and grow.

At the Bureau, we confront that reality from the moment we bring someone new onboard. And I want to thank the ADL today for your support in conducting the training that all of our new special agents and intelligence analysts participate in at the U.S. Holocaust Memorial Museum.

Because of your work, our new agents and analysts confront the reality of just how widespread antisemitism, and the willingness to turn hate to action, really are. Your work reminds them what’s at stake; why we all—particularly those of us in law enforcement—must aggressively counter antisemitic violence everywhere it appears.

Our FBI historian recently pulled the course evaluations written by the first new agent class to visit the Holocaust Museum, more than 20 years ago. I found one of them particularly striking. That new agent wrote:

That observation gets to the heart of why standing up to hate is an active pursuit. And it applies now every bit as much as it did back then. It reflects what we stand for and the values we aspire to at the FBI – to protect Americans from harm with unwavering resolve.

Unfortunately, as Jonathan outlined, antisemitism remains a pervasive and present fact. And we at the FBI see—up close, day in and day out—the actions that hatred drives. Jewish people continue to face repeated violence and very real threats, from all kinds of actors, simply for being who they are.

A full 63% of religious hate crimes are motivated by antisemitism—targeting a group that makes up just 2.4% of our population. Foreign terrorist organizations like ISIS have promoted antisemitic violent extremism for decades. They continue to target Jewish Americans in their attack plots. But we also confront the threat of people here, on our soil, whose hateful views—often paraded online—boil over into acts of violence.

There are too many grim examples to choose from, but consider the members of the Jewish community in Poway, California, whose synagogue was the target of domestic terrorism in 2019. The gunman in that attack, in a vile act driven by hatred, murdered one member of the congregation and wounded three others, including a rabbi.

Thanks to the investigative work of our San Diego Field Office, he’s now serving a life sentence without parole, plus an additional 30 years. But his victims, their loved ones, and their communities have to live with the trauma of what he did for the rest of their lives, too.

The attack at the synagogue in Colleyville, Texas, earlier this year was another tragic example. It happened almost three years later and over a thousand miles away from Poway by a perpetrator who cloaked himself in a different motivation—he referenced violent Jihad. But it demonstrates the tragic reality that the Jewish community uniquely ends up on the receiving end of hate-fueled attacks from all sides. And I’d venture to say no community feels more threatened by that boiling over into violence than yours.

The threats may be coming from all sides, but we’re hitting back at them full-force. And from multiple FBI programs—our Criminal and Counterterrorism Divisions—that right now are laser-focused on the problem.

On the criminal side, we’ve designated civil rights, specifically including hate crimes, as a national threat priority. That means we’ve surged more agents and analysts to work those cases across the country. And on the counterterrorism front, with the Joint Terrorism Task Forces we run out of all 56 of our field offices, we have nearly 4,500 agents and state and local law enforcement partners working counterterrorism.

And in 2019, we established the Domestic Terrorism-Hate Crimes Fusion Cell, bringing together experts on both. That team addresses the intersection of domestic terrorism and hate crimes, and they share information and resources with our partners in real time. And the fusion cell’s efforts are bearing fruit.

Just last year, in 2021, Richard Holzer was convicted on both hate crime and explosives charges for plotting to bomb the Temple Emanuel Synagogue in Pueblo, Colorado. Holzer told undercover agents he wanted to do something that would tell Jewish people in the community they weren’t welcome in the town.

But thanks to the work of our fusion cell, instead, we disrupted his plot before it occurred, and for the first time in recent history made a proactive arrest on a hate crimes charge.

So whether we’re confronting the threat through a hate crime or counterterrorism lens—or both—our focus is on preventing violent attacks. And within the bounds of the law, we’re creative in how we do that.

When tragedy does strike, we move heaven and earth to find those responsible and to help heal the victims, their families, and their community, much like we did four years ago this October, after the horrific attack on the Tree of Life Synagogue in Pittsburgh. We raced our SWAT team, Lab, explosives experts, crisis negotiators, and more to the scene.

We also remain a fixture for those affected afterward. In the way our Victim Services Response Team provided food and clothing, grief counseling, financial assistance, and one-stop shopping for federal resources, but also in our continued engagement with the Pittsburgh Jewish community.

When I visited Tree of Life and saw the scene firsthand, I was struck not just by the evil done to individuals that day but by the depth of the wound to that community. It made me angry. It left me feeling the steel in our commitment to battle hate-fueled violence everywhere it touches Jewish Americans. And it once again left me grateful for your help in bringing our new folks to the Holocaust Museum. Because there just can’t be enough reminders of what we’re up against.

Those are some of the things we in the FBI are doing to address the violence.

But these threats increasingly require a whole-of-society approach

So we’re raising awareness through our National Anti-Hate Crimes Campaign, which aims to educate witnesses and victims on how to identify and report hate crimes. And we’ve been engaging the public’s help, too. That includes community leaders, mental health and social services professionals, faith communities, and civil rights and minority groups.

Now, I mentioned that our mission is both to protect Americans and to uphold the Constitution, and both aspects are equally important. We can’t stop people from thinking or saying hateful things. But there is a right way, under our Constitution and within the rule of law, for someone to express their beliefs, whatever they may be. And violence ain’t it.

So what we can do—and will always do—is bring the full force of the FBI and our partners to bear across the country, and in every community, when someone threatens or commits violence, we don’t let up, and—like the Nazi Hunters in OSI—our memory is long. We never forget.

I’d like to leave off with a famous quote from Hillel, the ancient Jewish scholar. Many of you will be familiar with this, but he wrote, quote, “If I am not for myself, who will be for me? If I am only for myself, what am I? And if not now—when?”

This teaching goes hand in hand with that photo from the Holocaust Museum I mentioned earlier, of the police officer standing next to the SS officer and failing to protect people from harm.

I love the FBI because it’s a collection of men and women who answered Hillel’s question for themselves and underlined their answer by offering their careers, even at the risk of their lives, in service of their purpose. We are for others. For those under threat who need protecting from the violence and destruction of Kristallnacht in Germany 84 years ago this week, to the threats and violence targeting Jewish communities here in the US just across the river last week, we at the FBI recognize that the threat of violent extremism is real, and it’s urgent.

We devote ourselves every day to protecting the Jewish community—and all American people—from these heinous acts. And I assure you, we’ll remain relentless.

Thank you very much.