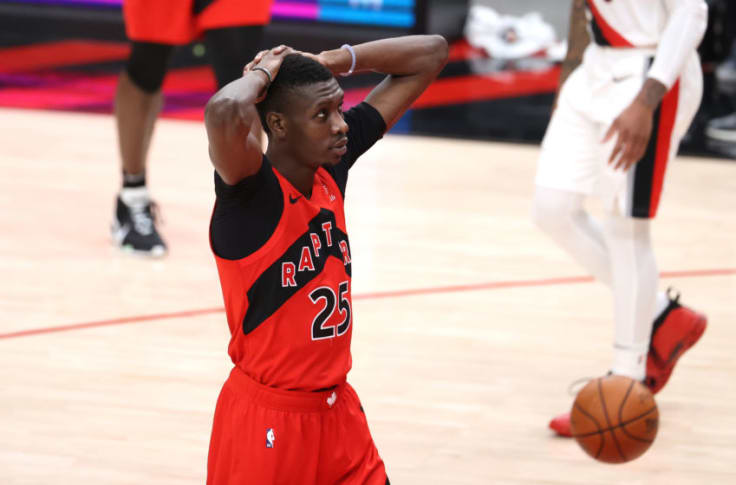 The NBA is full of a plethora of different career trajectories, with some young players coming out quickly and finding their role, others may take some time to develop as they gain experience. Fourth year player for the Toronto Raptors Chris Boucher has been one with an extremely unique path, after getting drafted out of Oregon at age 25, he’s currently seeing his first regular minutes at 29, and making the most of it.

Although the Raptors are only 2 years removed from their championship, there have been some major roster restructuring since then. Obviously they lost Kawhi Leonard last season, but other than that had kept most of their core together. This offseason though, they lost two major frontcourt players to Los Angeles – with Serge Ibaka going to the Clippers and Marc Gasol going to the Lakers.

This left plenty of minutes to fill at the power forward and center position. After a couple of seasons with the team, they re-signed Boucher to a two year deal hoping he could help contribute to the missing production. Through the first 22 games of the season he has certainly surpassed whatever expectations the team had before the year, and is in contention for multiple NBA Awards at this point.

His quality play has taken notice for those who play in a fantasy league, as he has been a hot commodity of late. While many were not too high on him in the preseason – he was averaged as the 84th pick on ESPNs fantasy drafts. His output as of now has far surpassed that, with him sitting as the 12th rated Center.

Even with him not starting a single game, he’s still been extremely productive for the team. Currently he’s averaging 13.2 points, 6.2 rebounds, and 2 blocks per game. All of this while playing only 22.5 minutes per game, so he’s been wildly efficient.

Another unique aspect of his game is his sudden emergence as a three point threat. Prior to the 2020-21 season, he’d been roughly a career 33% shooter from deep. However, this year he’s launching from behind the arc at 44%.

Plus, an additional benefit to him is his versatility in being able to play both center and power forward, which allows for valuable roster flexibility in a fantasy league.

With the rising popularity of sports gambling, there will be interest out there in making a wager on 4th year player on something like the A2S sports betting app. There are a couple of significant awards that he’s in the running for right now.

Also, if he continues this level of play, he would be considered one of the best contracts in the league, making just under $7 million per year. In comparison to the other players in contention for 6th Man of the Year, he is certainly the best value in contract terms.

The Raptors have had a disappointing beginning of the season so far, sitting at 10-13 and 10th place in the East. After a playoff push in the Bubble, being under .500 was not a part of the plan.

One of the only exciting parts for fans and management have been the play of Chris Boucher, with him being a piece that can help turn them around from the slow start.