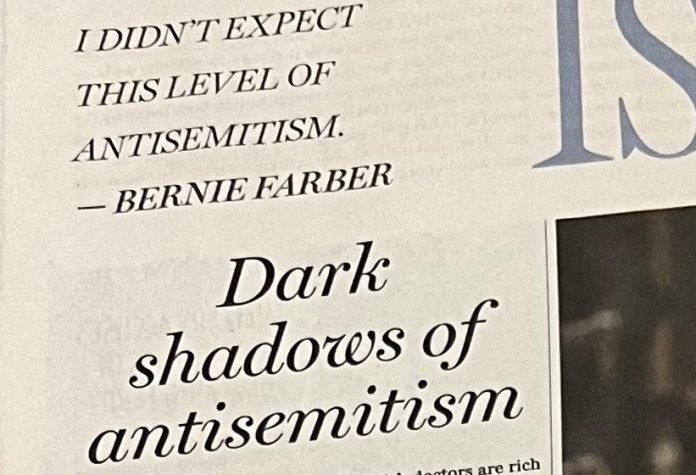 “This situation is positively shocking and should send out alarm bells to the Jewish community and beyond. At a time when awareness of protecting the rights of minority groups is at the forefront in the news media, antisemitism is growing at an alarming rate, and it seems to be largely ignored.” Those were the words of Bernie Farber, former CEO of the Canadian Jewish Congress, referencing the absolutely astonishing level of antisemitism at Canada’s prestigious University of Toronto, arguably Canada’s most distinguished university and undoubtedly a world class university.

While in the United States, the government has at least outwardly shown that they care with President Biden publicly decrying antisemitism, most recently at the White House Chanukah Party, and Mayor Adams of New York and others showing concern and even allocating funding to stop antisemitism, in Canada the government is quiet.

In the United States, there has been a tremendous uptick in antisemitism, both from the hard right but perhaps even more troubling from the left with universities all over the United States being hotbeds of openly antisemitic rhetoric and Jewish voices being forced into silence by woke activists.

In Canada too, there is grave concern about antisemitism among the Jewish communities, but it doesn’t appear that the Canadian government cares or is even doing anything.

In fact, the Jewish community including the frum community is very concerned about the precipitous rise and almost normalization of antisemitism in Canadian institutions and the government’s troubling silence.

The alarm bells are being rung in light of a report published in the Canadian Medical Education Journal by Dr. Ayelet Kuper, an associate professor at the Department of Medicine, who spent a year as senior advisor on antisemitism in the faculty. During that time, she detailed an incredible level of antisemitism among her professional colleagues.

We are not talking about uncouth rednecks living out in some hick town. We are talking about educated members of a premiere university, professors and doctors who have incredible influence especially upon the young intellectuals learning from them and at their mercy when it comes to achieving good grades…

Dr. Kuper writes: “I personally experienced many instances of antisemitism, including being told that all Jews are liars; that Jews lie to control the university or the faculty or the world, to oppress or hurt others, and/or for other forms of gain; and that antisemitism can’t exist because everything Jews say are lies, including any claims to have experienced discrimination.”

In one instance, Dr. Kuper writes, “There are those who do not only cross over the line to anti-Jewish hatred but who do so proudly and perhaps sometimes as the primary goal, hiding behind the Palestinian cause all the while.”

“The Situation Should Send Out Alarm Bells”

There was even an op-ed article recently in the National Post, one of Canada’s most prestigious, high-circulation papers penned by well-known Torah figure, Rabbi Dovid Hofstedter of Toronto, bemoaning the situation and decrying the Canadian government’s silence.

Rabbi Hofstedter writes, “One can hardly believe university students and faculty members would tell her that ‘all Jews are liars’ and that ‘Jews lie to control the university or the faculty or the world.’ The antisemitic environment at the University of Toronto is rife with smokescreens and victim-blaming.

“This level of antisemitism has been building up for years, manifesting itself in beatings and the desecration of synagogues. All of this is in the face of an increased effort to combat racism. Remember that the Nazi German culture was revered prior to the Second World War, despite the philosophy of white supremacy and hatred toward Jews and other minorities.

“In 2021, Global Affairs Canada left out antisemitism in its materials designed to fight racism, apparently because Jewish people are not considered visible minorities. In a recent article by Mark Gollom for CBC News, he suggests that people on both the left and the right criticize Jews because most Jews are white, so we are assumed to enjoy the same white privilege as others.

“Why do so many non-Jewish people remain silent about the atrocities committed against Jews?

Rabbi Hofstedter who is a son and son-in-law of Holocaust survivors, writes “This situation is positively shocking and should send out alarm bells to the Jewish community and beyond. At a time when awareness of protecting the rights of minority groups is at the forefront in the news media, antisemitism is growing at an alarming rate, and it seems to be largely ignored.”

A Current Yet Age-Old Story

As for us, the Chanukah story has something to tell us about antisemitism, coming from the highest level of academia. Ancient Greece, Yavan was a country well ahead of its time in culture yet engaged in this age-old hatred in the most despicable way.

Hashem, in His great kindness, stood by the Maccabees in their time of difficulty and He will surely stand by us as well.

That does not, however, absolve us from raising our voice in protest and doing every hishtadlus to raise awareness on this vital issue. 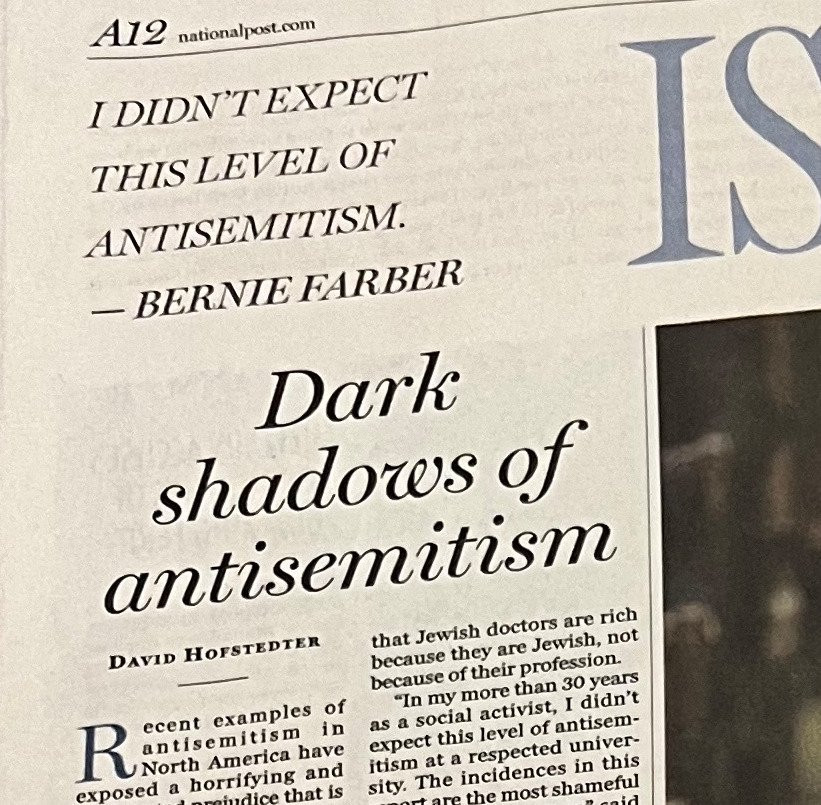