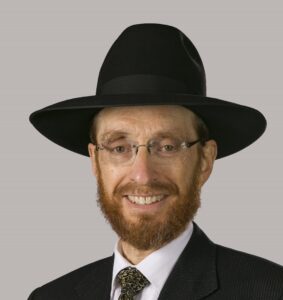 “Negative feelings” refers to those feelings which we gen­erally do not enjoy hearing about from others. They include: anger, bitterness, resentment, annoyance, disappointment and criticism.

Just like there can be no hot without cold and no up with­out down, so too there can be no positive without negative. Although we may strive to express positive feelings more often than negative ones, we can never expect to eliminate all negative feelings from any relationship, and certainly not from marriage.

In order to have a successful marriage, therefore, it is nec­essary for you to know how to effectively express any inevitable negative feelings toward your spouse. If, however, you express your negative feelings in an uncontrolled out­burst of violent rage, the consequences for the rest of your family can be devastating. But even if your negative feelings are vented in a more controlled fashion, if you utilize sar­casm, ridicule or verbal assaults, the communication will be anything but effective.

Negative feelings have to be expressed in order for cou­ples to be able to adapt and adjust to each other’s needs. Holding in all negative feelings will do more harm than good as tension builds up like the steam in a pressure cooker.

Aaron is a good example of someone who never learned how to express negative feelings without attack­ing. Whenever he was upset about something his wife, Yocheved, did or said, he would lash out at her with such venom in his voice and rage on his face that she was terrified. The next day, he would sulk in shame and embarrassment, promising himself and his wife that such outbursts would never be repeated.

One day, Aaron kept swallowing every comment which Yocheved made to him which he felt was disre­spectful, derogatory or demeaning. Then, as he was standing in the kitchen, Yocheved “stepped over the line” one more time by criticizing him in a manner which he felt was unfair. Aaron could not control himself any longer. He “calmly” walked over to the sink, took the bottle of dish-washing liquid, poured some of it into the pot of spaghetti cooking on the stove, and then stormed out of the house.

Aaron mistakenly thought he could maintain peace at home simply by restraining all of his negative feel­ings. I’ll just try to ignore her, he thought to himself. Since he had done such a poor job of expressing his negative feelings in the past, he reasoned that it would be best to suppress his ire completely.

Many months after the soap-in-the-spaghetti episode, Aaron was still trying to pick up the pieces of the shat­tered trust between him and Yocheved. And Aaron learned the hard way that suppressing negative feelings is a poor substitute for learning the proper way to express these emotions.

So what did Aaron do wrong? What mistakes did he make? And how should he have communicated to Yocheved what was bothering him?

Do not exaggerate. Aaron was in the habit of using words such as “always” and “never,” which were clearly exaggerations. If Yocheved did criticize him in front of the children, she was certainly not “always” doing so. Very often she voiced her rebukes privately.

Exaggerating helped Aaron let off steam, for sure. It helped him to amplify his message, as he tried to impress Yocheved with how much he was irritated by what he felt was her nit­picking, perfectionistic fault-finding.

In all fairness to Aaron, Yocheved was quite compulsive and often drove her entire family crazy with her health and hygiene restrictions. And the intensity of her pre-Pesach cleaning created a stressful atmosphere at home for weeks before Yom Tov. Nevertheless, by exaggerating his complaints, Aaron only succeeded in causing Yocheved to tune him out. “I don’t always do that,” Yocheved would think and sometimes say out loud, thereby convincing Aaron that he was, indeed, not being heard.

Another form of exaggeration is when expressions of intense feelings are utilized when more moderate language could be used. Aaron often told Yocheved that he was “devas­tated” by the way she spoke to him. He used that term so often that she learned to pay little attention to it. If Aaron would have reserved that term for the most severe abuses and some­times replaced it with “upset,” “annoyed” or “irritated,” Yocheved would have had less justification for tuning him out.

Do not mind read. Nothing is more infuriating than to be told that someone else knows better than you what you were really thinking. In spite of what you say to the contrary, the other person is convinced that you had malicious motives or harmful intentions.

Any assumptions you make about what someone else was thinking are at best guesses. Even if you are correct and you accurately assessed your spouse’s intentions, it is still offensive to declare, smugly, “I know what you were thinking.”

Even if you are 99 percent sure, it is always preferable to ask and be 100 percent certain than to guess and risk offend­ing your spouse.

Dr. Meir Wikler is a noted psychotherapist and family counselor in full-time private practice with offices in Brooklyn, N.Y. and Lakewood, N.J. This article has been reprinted with permission of the author and publisher from Ten Minutes a Day to a Better Marriage: Getting Your Spouse to Understand You by Dr. Meir Wikler (Artscroll, 2003).