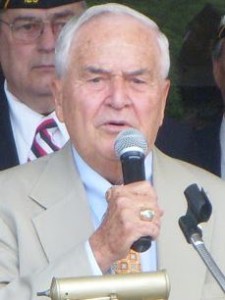 Lakewood and other local officials today are strongly condemning statements from Toms River Mayor Thomas Kelaher, who was quoted as saying “It’s an invasion,” while allegedly describing the Orthodox Lakewood Jews moving into the neighboring township.

During the Lakewood Republican Club meeting last night, officials made a motion condemning the statement, and called for an apology. Letters condemning it will also be sent to all the Republican clubs in Ocean County, and to the County Freeholders, officials said.

“I can’t apologize for him as he has to stand up on his own,” the Freeholder said.

“It’s not right, it’s not proper, and it’s concerning,” D’Elia told TLS. “I don’t why he’s taking this attitude and inciting such an anger,” he said. “I think by being silent I would have erred.”

“As a resident of Lakewood, lifelong resident of Ocean County, but most importantly as a Jew and the grandson of Holocaust survivors, this type of inflammatory rhetoric is completely unacceptable,” Flancebaum told TLS. “As a Jew, I’m used to getting targeted,” says, Flancebaum, but says he always blamed it on ignorance. “But this is a Mayor of a neighboring town.”

Flancebaum continued to condemn the remarks of Kelaher who allegedly stated the Lakewood population “is expanding beyond their boundaries.”

Rabbi Avi Schnall, the Director of Agudath Israel New Jersey also had some strong words for the Mayor.

“The remarks made by the Mayor of Toms River are very disturbing,” Rabbi Schnall told TLS, “especially on the backdrop of the recent hate messages that were found in Toms River. We should expect the leaders of the community to be extra cautious. Saying such negative remarks, fuels those ill feelings. The Mayor, who recently released a statement condemning those hate messages, needs to be mindful, that referring to Orthodox Jews as invaders is not in sync with his statement.”

“This is certainly nothing that a mayor should be saying – it’s 100 percent wrong and he should know better,” Senator Singer told TLS. “He’s a former prosecutor, when he was an attorney he did work for Lakewood Township, he was saying how wonderful these people are, now all of the sudden there’s something wrong with us,” the Senator said. “He didn’t turn down Lakewood Township’s work – he didn’t say I don’t want to do work here, now suddenly Lakewood is terrible. How dare you say that?” Singer said.

But perhaps the most harsh words last night came from someone who took the words all too personally.

Helena Sininsky, a Holocaust survivor and former employee of Lakewood, got up and spoke to the crowd and emotionally described how she came out of Europe under the grips of the Nazis, only to hear an American mayor speak like this, and said this was 100 percent anti-Semitism.

Copying or reproducing our content is both against the law and against Halacha.

To inquire about using our content, including videos or photos, email us at [email protected]