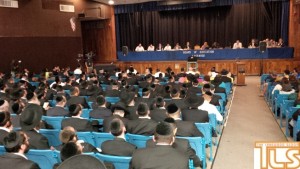 The Professional Development ‎funds are federal funds that schools have been receiving for years, but this year, for unknown reasons, nearly every school was rejected – and some even received multiple rejections, sources say.

“I believe there were over 100 rejections,” a source who wished to remain anonymous told TLS.

Despite the grant office citing “insufficient documentation” on some of the rejections, something isn’t adding up.

“There’s more to this,” said the source.‎ “The schools have been receiving these funds for years, and for all of them to be rejected in one day just doesn’t seem right.”

“The fact that so many schools received so many denials all within the same time frame is very concerning and a bit apprehensive,” Schnall said.

Schools have reportedly requested that Board and Township officials ‎investigate this, and reinstate the hundreds of thousands of dollars intended for the programs.

This content, and any other content on TLS, may not be republished or reproduced without prior permission from TLS