EXCLUSIVE: Lakewood resident issued nearly a dozen E-ZPass tickets. The issue? It was not his car 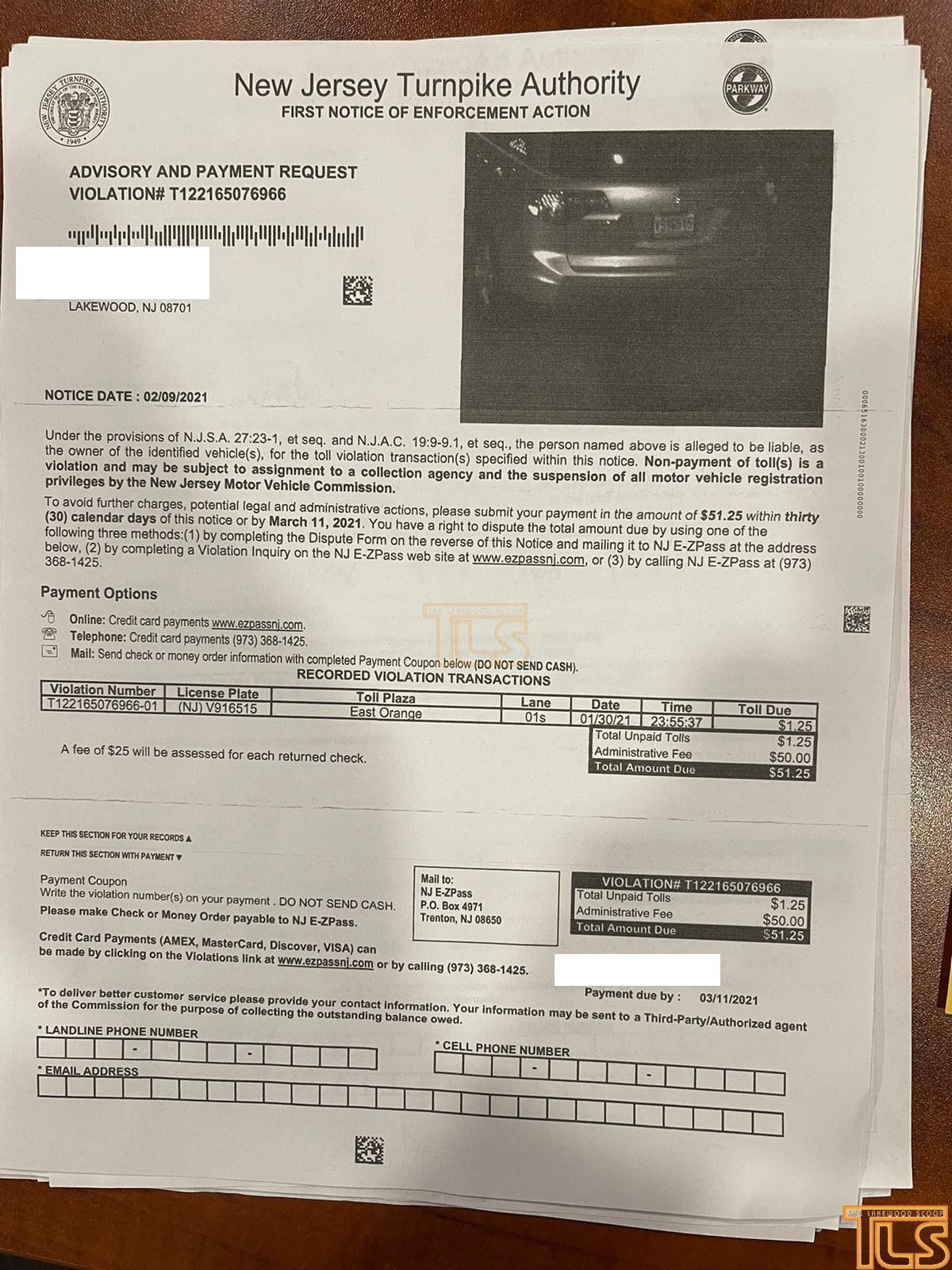 When a Lakewood resident received an E-ZPass ticket in the mail, he knew something wasn’t right.

There’s one issue though: The vehicle pictured is not his, and the plate they had captured in the pictures, was apparently fictitious.

“I bought my Toyota RAV4 on December 28,” the Lakewood resident told TLS. “I was issued a temp tag which was registered to my car and my name. I immediately began getting tickets in the mail for an Acura MDX starting December 24, four days before I bought my car. I noticed that he has the same tag number.”

That’s when he realized he was dealing with a case of fraud.

“Clearly fraud,” he said. “This was bought from Philly, which can’t issue a NJ temp tag.”

Realizing he had to fight this, he tried dealing with E-ZPass, but that didn’t work out to well.

“I called E-ZPass, and after waiting on hold for 45 minutes, I spoke to someone that had the audacity to suggest that I took my tag and put it on the other vehicle,” he said. “She then said that I should fax in a letter from dealer and registration. I did. Twice. I got back a letter stating that it was not legible.”

“I went to file a police report. The officer was shocked that this happened. He tried to call the Philly dealer, but there was no answer.”

The victim says he’s had it.

“I am at wits end, as E-ZPass is threatening my account,” he says. “There’s just nobody to talk to.” 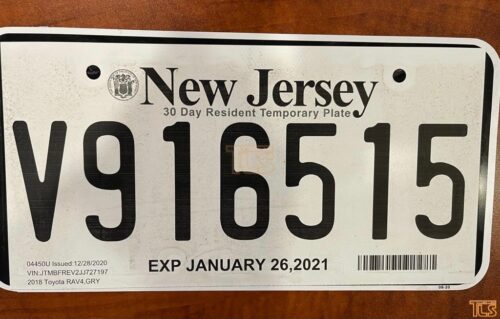 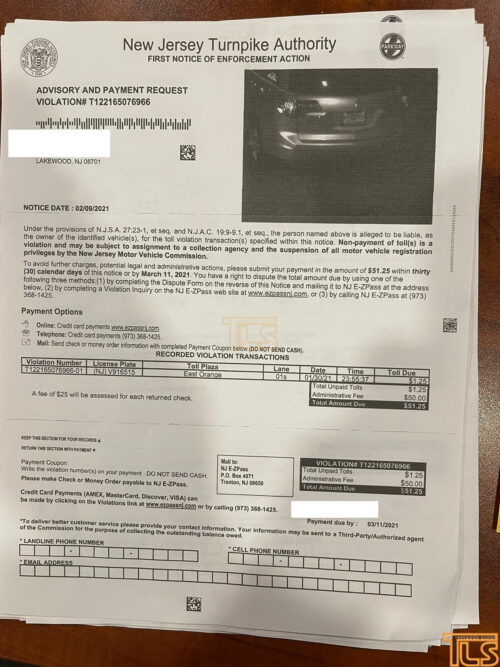 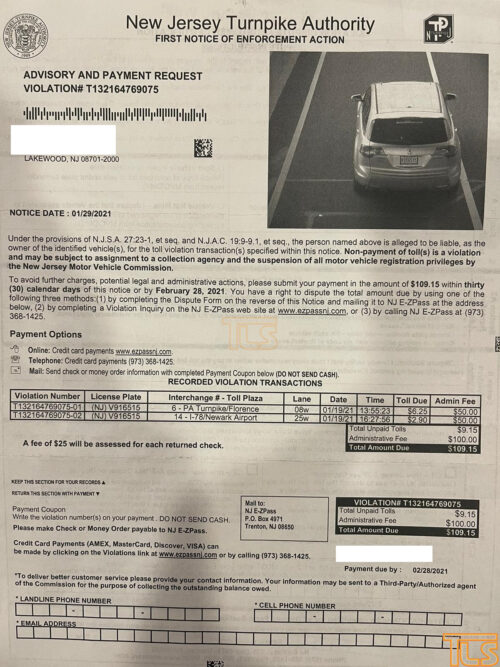 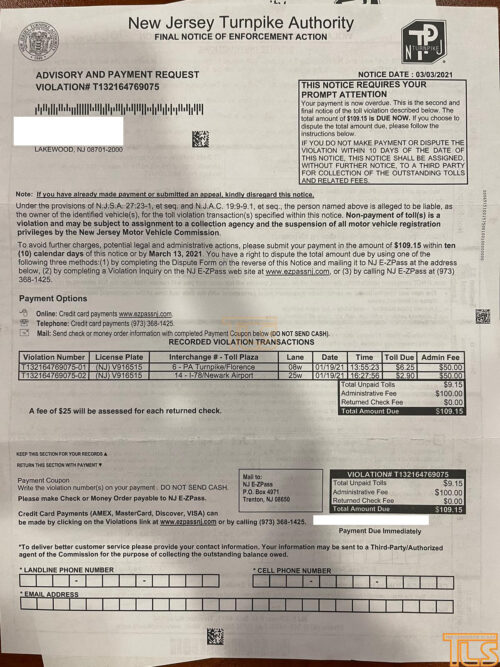 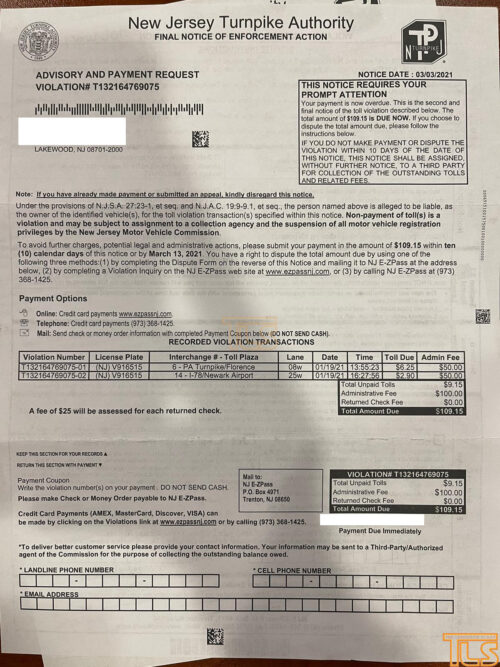 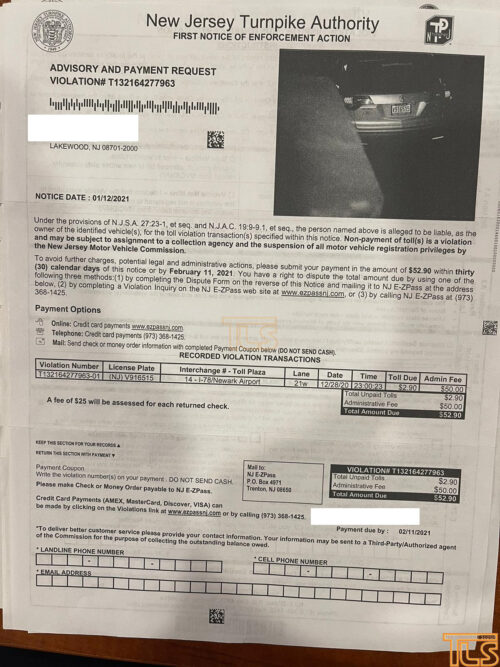 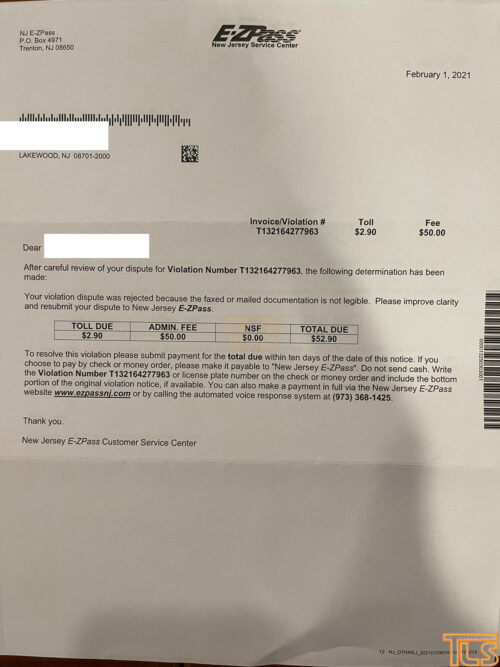 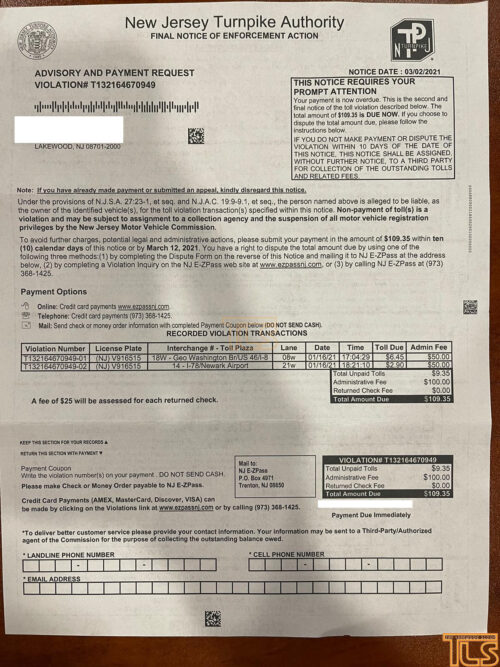 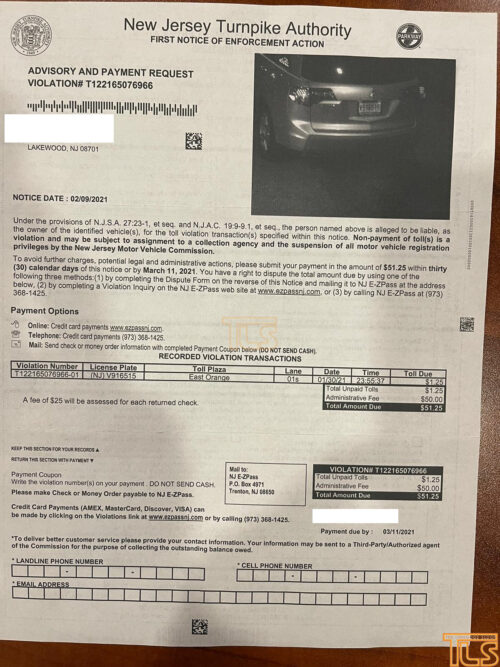 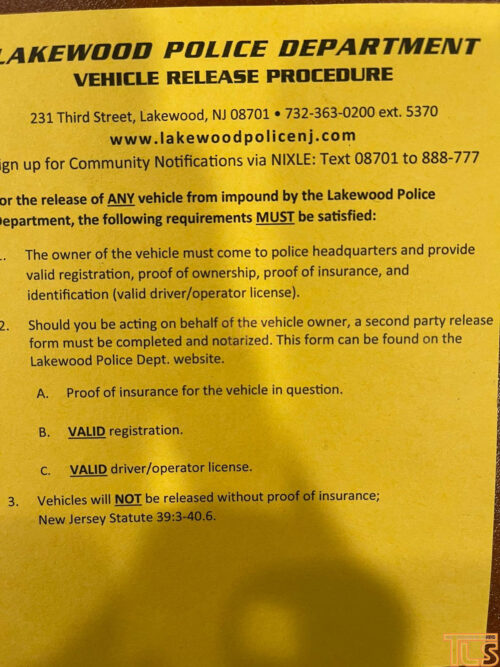 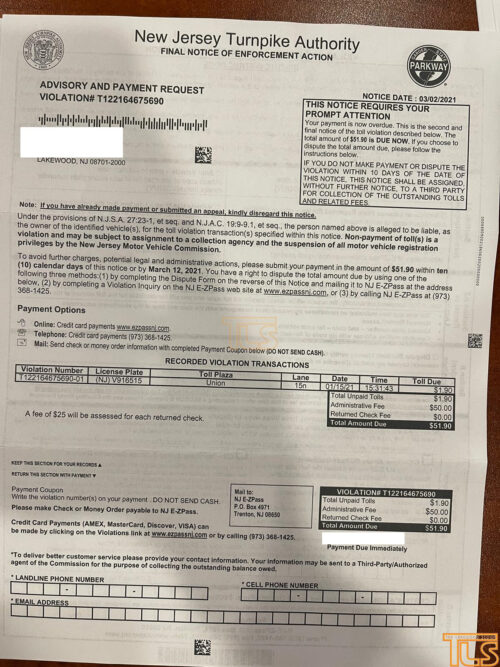 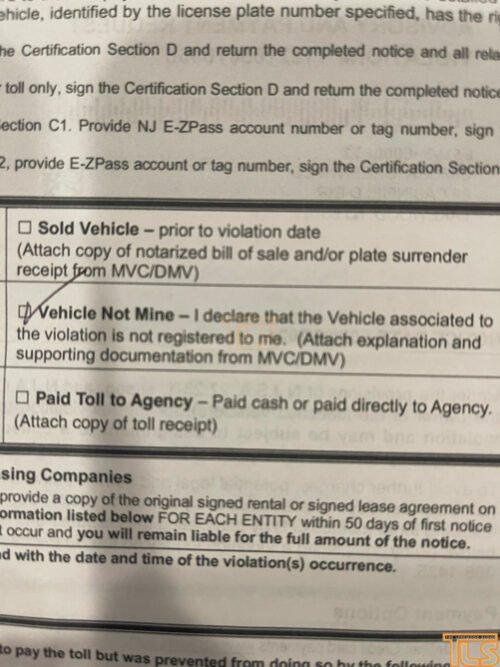 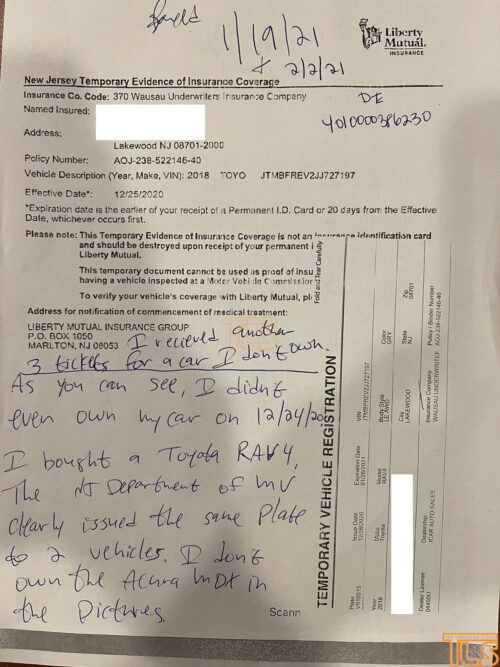 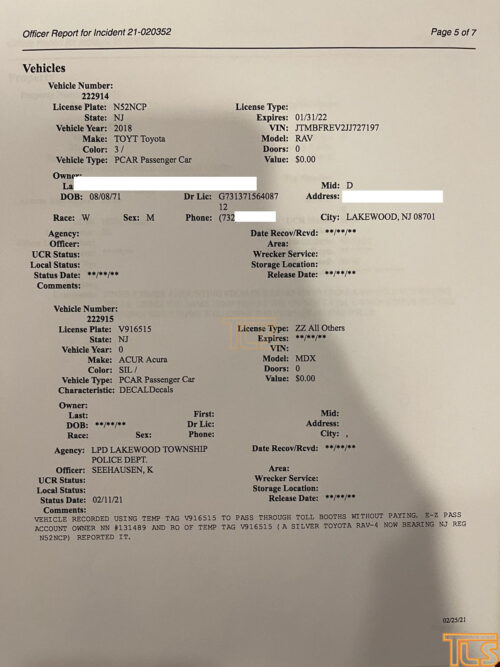 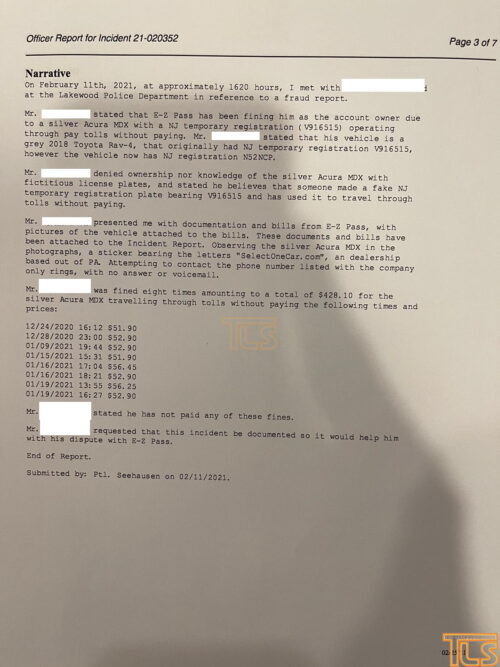