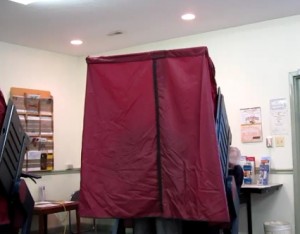 “Other states have had success in mail-in elections,” said Eustace (D-Bergen, Passaic). “Saving taxpayer money, easing the voting process for residents and potentially reaching more residents in the process are reasons enough to review the way municipalities’ handle primary elections.”

Eustace’ bill (A-4116) would permit the primary election for the general election to be conducted in a county by mail when the governing body of the county adopts an ordinance or resolution, as may appropriate, for that purpose. Under the bill, a voter must apply for and be qualified to receive, a ballot in order to vote in the election by mail.

The bill establishes certain procedures for the county clerk and county board of election to follow if the primary election is conducted by mail. The bill stipulates that the procedures include publishing information about the election prior to, mailing out ballot in a timely manner, creating replacement ballots if necessary, and designating places for deposit of ballots by voter.

“Mail-in elections is a step toward modernizing the election process,” added Eustace. “Mail-in ballots will make voting easy for residents by allowing them to participate on their time. It also will make for a more efficient and cost saving use of our resources.”

Assemblyman Eustace is also working on legislation that would allow fire districts, school board elections and non-partisan elections to be conducted by mail.