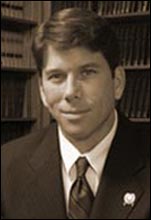 (UPDATED) The following emails were just shared with TLS by a reader who received them from Senator Tom Kean (Rep) and Assemblyman Jon Bramnick (Rep) in response to his email protest of the marriage bill: Thank you for your email regarding your opposition to same sex marriage legislation.  I greatly appreciate your outreach on this issue as it is so vital to the democratic process that legislators hear directly from the public on matters of concern to them. I have heard from a great number of my constituents in opposition to this measure and I share many of the concerns that have been raised.  As such, I cannot support the current proposal and will vote against the measure if it should come before the Senate on Thursday.
Sincerely,
Senator Tom Kean
——————————–

Assemblyman Bramnick will be voting against the same-sex marriage bill.

Thank you very much for favoring me with your recent note respecting marriage. I greatly appreciate your taking the time to write.

Marriage has long been defined as the union of one man and one woman, not, primarily, for the benefit of the couple, but for the benefit of the children that marriage laws assume will result. Society benefits from the creation and maintenance of those relationships most conducive to the welfare of children. I see no need to expand the definition to include relationships which, self-evidently, serve no societal purpose.

Even were I inclined toward such indulgence, though, I would oppose such expansion of benefits as little more than a raid upon the Treasury. Marriage carries with it many benefits and subsidies, at taxpayer expense, because society expects children to benefit as a result. Whenever someone approaches government with their palm out, demanding money, it behooves a fiscally responsible representative to inquire as to the rationale for the requested subsidy. I have yet to receive a good answer – indeed, any answer – as to why government should extend subsidies to close friendships which provide society with no reciprocal benefits.

For these reasons, I will oppose any effort to broaden the definition of marriage beyond one man and one woman.