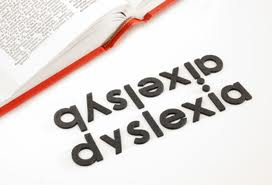 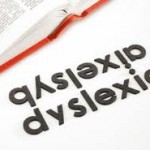 Someone recently asked me about a bochur who had been suggested for his daughter. The boy had reputedly been dyslexic, had come to me for remediation and I had ‘cured’ him and now he is reading normally. The father was worried about the possibility of dyslexia being genetic and even though I had ‘fixed’ him, he was worried about the possibility of a relapse.

Since this is quite a common question, I would like to clarify some important points.

Firstly, dyslexia is not an illness and the term ‘dyslexia’ is not at all diagnostic. The word comes from a combination of two Greek words, ‘dys’ which means ‘can’t’ and ‘lexos’ which means ‘word’. So it only refers to a condition in which a reader cannot process words properly. Reading is one of the most complex processes the brain has to handle and it is the result of the combining of many complex skills. So the term ‘dyslexia’ is a generic word, rather like the word ‘headache’. A headache can be the result of many causes – lack of sleep, drinking too much alcohol, sinus, dehydration, eyestrain, etc. etc. So, just as there no one protocol for defining a headache and there is no one ‘cure’ for a headache, so there no one protocol for defining a dyslexia and there is no one ‘cure’ for dyslexia. There are many definitions of what constitutes dyslexia and each one deals with it according to its own attitude.

Secondly, the reason why many ‘experts’ claim that that dyslexia is incurable is because they reject as being ‘unscientific’ or ‘unproven’ many resources which can ‘cure’ dyslexia.

Some say that dyslexia is ‘hardwired’ into the brain – but, as anyone who has the most basic knowledge of neurology knows, there is no such thing as ‘hardwiring’ of the brain. Through ‘neuroplasticity’ the brain has the ability to completely rewire itself.

Thirdly, sometimes, the cause for poor reading must be placed at the feet of those teaching reading, both initially and remedially. Many children are taught to read before they are neurologically ready for it and some ‘new’ systems creeping into our system are based on research developed for teaching English and do not develop the correct foundations for reading Hebrew. I am now working with a yeshiva bochur who was remediated using a method which actually reduces fluency and comprehension and undermines the ability to learn Gemora.

In my own experience and the experience of the many who remediate using my system, everyone can learn to read Hebrew and we have no concept of ‘incurable dyslexia’.

If the father of the kallah still has his doubts, he should discuss the issue with a posek.

Of course, a bochur who is having trouble with his reading should go for help. It is never too late. I recently was able to help a “young” man in his seventies. He felt he had the potential to improve his reading and he ‘went for it’. A top behavioral optometrist recently told me that he had just finished with a hundred-year-old “young” man who, now that he could read and write properly was going to write his autobiography.