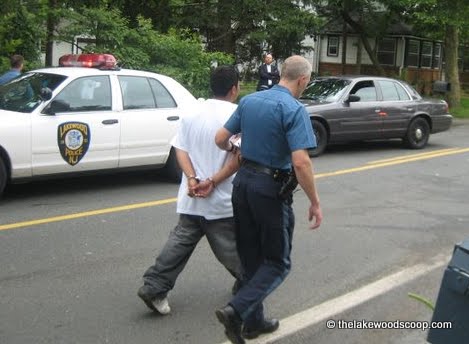 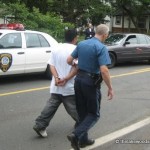 As first reported here early this morning, a driver blew a stop sign in the New Hampshire Avenue/Chestnut Street area, which resulted in crashing into an LPD Patrol car. The Officer driving the vehicle, Officer Weneell Hunter, with the Lakewood Police Department for two years, was uninjured during the incident. Ernesto Reyes, 35, of Lakewood was arrested by several Officers shortly after the crash, and is being charged with DWI, Aggravated Assault on a Police Officer, and Resisiting Arrest, Detective Lt. Bill Addison told TLS.