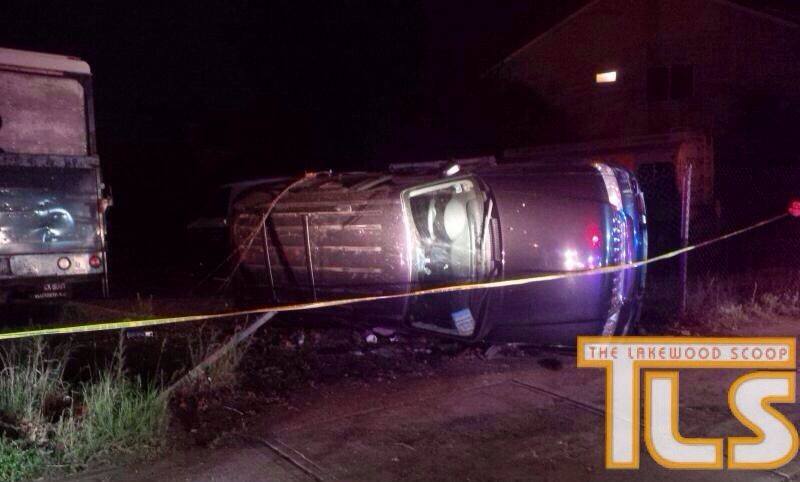 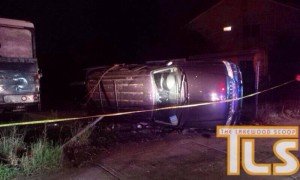 PHOTO: A driver took out a gas line after striking a home, and then overturned his vehicle before fleeing the scene, police say. The crash occurred at about 1 a.m. in the area of Park Avenue and 8th Street.

The driver, identified as Romeo Diaz Hernandez, fled the scene.

Several homes in the area were evacuated as a precaution, until the gas line was secured, officials say. Conrail was also notified to halt all trains due to the proximity of the tracks to the scene.

The driver reportedly met up with police a short time later on County Line Road. The charges were not immediately available.

The incident, and photo, were initially posted on our news alerts. (@lakewoodscoop).