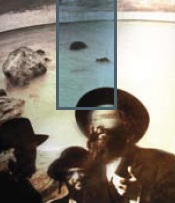 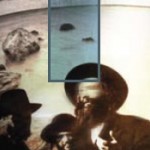 By Yeruchem Landesman. These weeks are filled with dreams — Yaakov, Yosef, and Pharaoh have us captivated by their visions. Yet it’s not only the dreams of the Patriarchs that leave us mystified. Until today, we’re fascinated by dreams — eager for the latest interpretation of the dream of a mekubal detailing when The End will come, curious about who a rebbe saw in his dream, and intrigued by the possibility of unlocking the meanings of our own dreams. Rebbes of the last generations talked and wrote extensively about their dreams. Were they prophetic or personal, tales of the past or tools for further growth? A peek into the hidden world of holy dreams

Many years ago, a young Lelover chassid studying in Yeshivas Ponovezh began to have nightmares that haunted him all day and robbed him of precious sleep, leaving him a nervous wreck. He saw horrible things happening to his family. He beheld death, funerals, and tombstones and would awaken in a cold sweat. He fasted and conducted a hatavas chalom, but the dreams persisted. When he could no longer bear it, he went to seek out the Lelover Rebbe at his home on Rabbi Akiva Street in Bnei Brak.

The Rebbe, the Bircas Moshe, listened attentively to his woeful story but dismissed it with a wave of his hand, saying, “You have nothing to worry about. Dreams that presage real events are only experienced by people for whom no foreign thought ever intrudes upon their mind for even a fleeting moment. Pure tzaddikim, people of exalted level, are the only ones who should give any weight to their dreams and take them seriously.”

So then, what of the dreams of tzaddikim and men of great spiritual stature? These weeks, we are surrounded by dreams — the holy dreams of Yaakov, Yosef, and even Pharaoh. But holy men still dream today. How seriously do they take their dreams?

The Gerrer Rebbe, the Lev Simchah, who escaped from Europe to Eretz Yisrael in 1940, once appeared in the beis din of the Eidah HaChareidis with a question: He had dreamed that his brother, Rav Yitzchak, had passed away. Must he practice aveilus, the laws of mourning? The dayanim reassured him that dreams were not to be taken seriously and that one does not take any halachic measures based on a dream.

When the Lev Simchah returned home, a Yid asked him, “Why were you so upset by the dream? Everyone knows that dreams have no real basis.” The Lev Simchah replied, “When a person guards his thoughts, his dreams must not be discounted as irrelevant.”

The following day, a cable arrived that his brother had passed away the previous night.

The rosh yeshivah of Porat Yosef, Rav Ezra Attiah ztz”l, had occasional dreams in which he was privy to coming events. During World War I, he left Eretz Yisrael to live in Egypt, seeking refuge from the Turks who were arresting and drafting every able-bodied man in sight. On the eve of June 13, 1916 (5676), he lay down for a brief sleep after an exhausting day of Torah dissemination. He then had a dream in which appeared his brother Rav Eliyahu, who had remained behind in Eretz Yisrael. “Why aren’t you saying Kaddish for me?” Rav Eliyahu demanded.

Rav Ezra awoke in a fright, since he had left his brother healthy. Communication during the war was nonexistent; only years later was he to learn that his brother had been drafted into the Ottoman army, had contracted typhus and then been released, only to pass away in a Jerusalem hospital shortly after. Nevertheless, Rav Ezra relied on his dream and began reciting Kaddish for the soul of his deceased brother.

Rav Ezra foresaw the 1929 Arab riots many months before they happened through recurrent dreams, and he responded to these messages by fasting and praying intensively. Miraculously, the beloved students of his yeshivah, for whose welfare he prayed fervently, were unharmed during those riots.

Rav Ezra Attiah’s son, Rav Yosef, was later drafted during the 1948 War of Independence, and seemed to have simply disappeared. His father feared the worst, until one night when Rav Ezra was visited in a dream by the Maharsha, whose works the Rosh Yeshivah studied and taught devotedly and continuously. The Maharsha assured him that all was well with his son. Later, Rav Yosef’s name was discovered on a Red Cross list of captives held by the Jordanian Legion.

Rebbe of the Martyrs

No biography on the Pnei Menachem of Gur is complete without mention of his wondrous dreams that spanned from his youth until his passing. One dream involved his uncle, Rav Moshe Bezalel Alter Hy”d, brother of his father, the Imrei Emes. It took place after World War II, which the Imrei Emes survived with three of his sons — all of whom became rebbes, including his ben zkunim, Pinchas Menachem (the future Pnei Menachem).

In his dream, the Pnei Menachem returned to the desolate, ruined beis medrash in Gur, but lo! — it was filled with thousands of chassidim enveloped in their talleisim. He proceeded toward the mizrach wall, looking for his father, the Imrei Emes. He peeked under the Rebbe’s tallis, only to discover his uncle, Rav Moshe Bezalel, standing there instead. In the dream, a chassid, seeing his surprise, explained to him that Rav Moshe Bezalel was the rebbe of the martyrs reposing in Heaven — all those chassidim who had been murdered together with him during the Holocaust.

Through the years, chassidim publicized many of the Pnei Menachem’s dreams. During the years when he served as rosh yeshivah while his brother, the Lev Simchah, led the flock, he awoke early one morning, distraught. He had seen their older brother, the Beis Yisrael ztz”l, in a dream, asking why he wasn’t watching over “our bochurim.” Several hours later, the terrible news was reported about the drowning of several Gerrer boys from the yeshivah camp. Following that dreadful incident, the Pnei Menachem implemented changes in the vacations and trips for the students of the Gerrer institutions of all ages.

On another occasion, the Pnei Menachem told of a dream-visit of his uncle, Rav Menachem Mendel Alter of Pavinitz Hy”d. In the dream, the Pnei Menachem asked him about all the personal decrees and hardships facing the Jews, which just seem to be increasing. Rav Menachem Mendel told him that he was already in the World of Truth, having been killed during the Holocaust. He repeated a parable given by Rav Bunim of Peshischa of a king who punishes his sinning servants, even though the rest of the family suffers at the same time. When Hashem, the King of kings, exacts judgment, His sentences are perfectly just and true. And when a person, for whatever reason, must suffer, those around him share his suffering, because this has been decreed as well with perfect precision. The Rebbe of Pavinitz added, “In the past, when tragedy struck one person, all those around him felt and shared his pain, and this had an impact on his judgment and helped prevent other troubles. In our times, everyone is wrapped up in his own problems and doesn’t empathize or shoulder the pain of his fellow man, so that there is nothing to ward off further harsh decrees.” [Read more in this week’s Mishpacha Magazine].