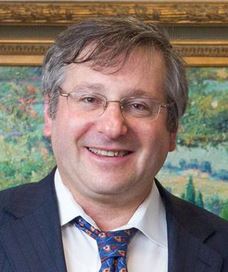 [Submitted to TLS by Dr. Rich Roberts] Secretary of State John Kerry announced that the U.S. is giving $47million of humanitarian aid to the residents of Gaza while the U.S. has halted airplane flights to Israel. So the U.S. is supporting a people who elected a terrorist government while cutting off tourist revenue to a democratic government of free people who are defending themselves against terrorism. Once again, the current U.S. administration has it backwards.

Here is the solution.

The United States should tell Hamas that we will buy their missiles for $47million of humanitarian aid. Let the government of Hamas, and the people of Gaza, decide if they want missiles or if they want our financial aid. And if the people of Gaza decide that they want our aid then there won’t be missiles to launch at Israel’s airport so flights can resume and we can stop punishing the only true democracy in the Middle East.

The U.S. must stop supporting terrorism now. The American people do not want to support terrorism. President Obama and Secretary Kerry should stop giving away money so freely, that they did not earn, in support of terrorism and to the detriment of America’s democratic ally.

Dr. Richard H. Roberts has a medical degree and a doctorate in Biophysics, trained at Penn and Harvard, was CEO of a pharmaceutical company for 24 years, and is a major political donor who supports minority conservative candidates.