Dozens of Truckloads Filling Hundreds of Potholes around Town 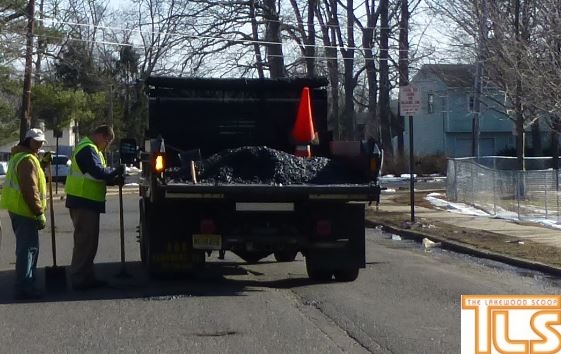 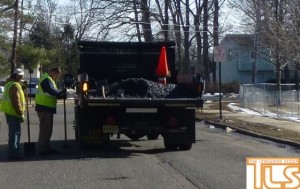 PHOTO: Following yesterday’s emergency pothole meeting, the Department of Public Works has been refilling the repair crews’ trucks dozens of times in an attempt to fill hundreds of potholes around town, a DPW official confirms to TLS.

The Mayor said five trucks are out there filling the holes, at least temporarily, until the new company arrives to hot-patch them.

Just in the past 24 hours, each DPW truck was refilled approximately seven times, making that around 30 truckloads of tar to patch the hundreds of holes.

The potholes, from the worst officials have seen in years, have been the cause of dozens of flat tires, and multiple accidents.

As reported yesterday, the Mayor announced that a new state-contracted company will be coming into Lakewood within the next week or two and properly fill the potholes. Those patches are expected to last approximately 44 months, and only about 10% of those patches come out earlier.