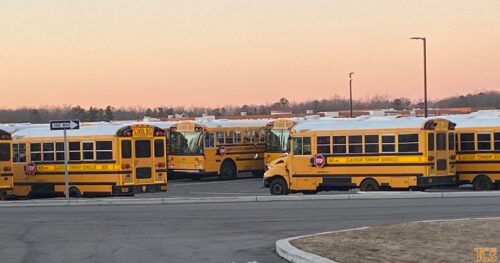 There’s something that troubles me greatly: it seems that we never get ourselves to act until something forces us to. There are often times when we know there is a serious issue but we won’t take action until calamity strikes. And I think that a terrifying story from Monday that could have ended in tragedy, serves as a prime example of something that we decline to deal with it.

As you’ve probably heard by now, earlier this week a girl in the first grade who lives in Jackson went missing. From my understanding of the story, her mother began noticing something was wrong when she had not come home by 5:20 PM when she is generally home well before then. She called the school who knew nothing of her whereabouts and the search then began extending.

The little girl was eventually found by a heroic bus driver who was in the middle of locking up the lot where the buses are parked after dropping off the children when she noticed a young girl wandering around. She immediately approached the girl and called the proper authorities to have the child returned to her parents.

All’s well that ends well, right? No. That can’t be our attitude. I heard that this girl was missing before it became publicly known. My first reaction was to think how his absolutely could have ended in tragedy. This isn’t just another near-miss, this is something that is something we must fix.

The truth is that the fix might start in Jackson Township itself. Since this story occurred I have been hearing that Orthodox Jewish students in Jackson have been treated as second-class citizens relative to public school students. Numerous people have told me that it is nearly impossible to get through to Jackson’s busing office, and when they do get through they often get hung up on.

This is a ridiculous reality – Orthodox Jewish children comprise over 20% of Jackson’s school-age children. These children’s parents pay taxes just like everyone else in the township. Should they not be seen as equal partners? Something needs to be fixed there, and in light of Monday’s terrifying incident, the fix has to happen now.

How should school bus safety issues be fixed in general? I can’t say I have the definitive answer. TLS ran an article a while back arguing that bus monitors should be placed on every bus. I’m sure that could have helped in this situation and prevent future near-misses. Perhaps it would also help to have a designated person go through each bus before the parking lot is closed for the night to ensure that there are no children on it. And maybe putting GPS tracking devices on buses so that the company can see where they are at all times would also add a needed level of safety. I’m sure there are many other great ideas that others more familiar with the logistics of busing could come up with. Regardless, we need to act. It shouldn’t take a tragedy to try avoiding future tragedies. Fix the problem now so that a tragedy doesn’t happen in the first place.