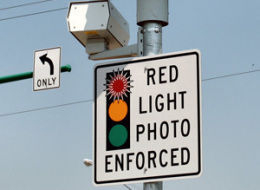 Senator Michael Doherty (R-23) is calling for an investigation by the state Attorney General into allegations that local officials in New Jersey were bribed by Redflex Traffic Systems to secure new contracts to install and operate red light camera systems.

The allegations were made by Aaron Rosenberg, a former executive vice president and nationwide lead salesman for Redflex, in a lawsuit against the company. Redflex is one of the two major vendors with red light camera systems in New Jersey.

“When a senior insider comes forward to say that red light camera companies are influencing local officials not with statistics proving safety benefits, but with gifts that are almost certainly illegal, we must take action,” said Doherty. “I call on the Attorney General to investigate the claims of Aaron Rosenberg that Redflex engaged in bribery in New Jersey to secure contracts for its red light camera systems.”

Doherty’s call to action follows the recent federal indictment of former Redflex CEO Karen Finley and others, accused of a $2 million bribery scheme to secure business in Chicago.

According to reports, Rosenberg said in his suit that Redflex “bestowed gifts and bribes” on officials in dozens of municipalities and at least thirteen states, including New Jersey.

“Nearly five years into our state’s pilot program, we still have no proof that red light cameras make dangerous intersections safer,” added Doherty. “We have growing proof, however, that the local interest in red light cameras is almost entirely about money, as I and others have long claimed. Considering the recent federal indictments, the lingering allegations by Aaron Rosenberg should be thoroughly investigated to find out if anyone in New Jersey accepted bribes from Redflex.”

Doherty maintains an online petition at http://senatenj.com/cameras to prohibit the use of red light camera systems in New Jersey that has been signed more than 7,000 times.