Do you agree with this Lakewood voter? 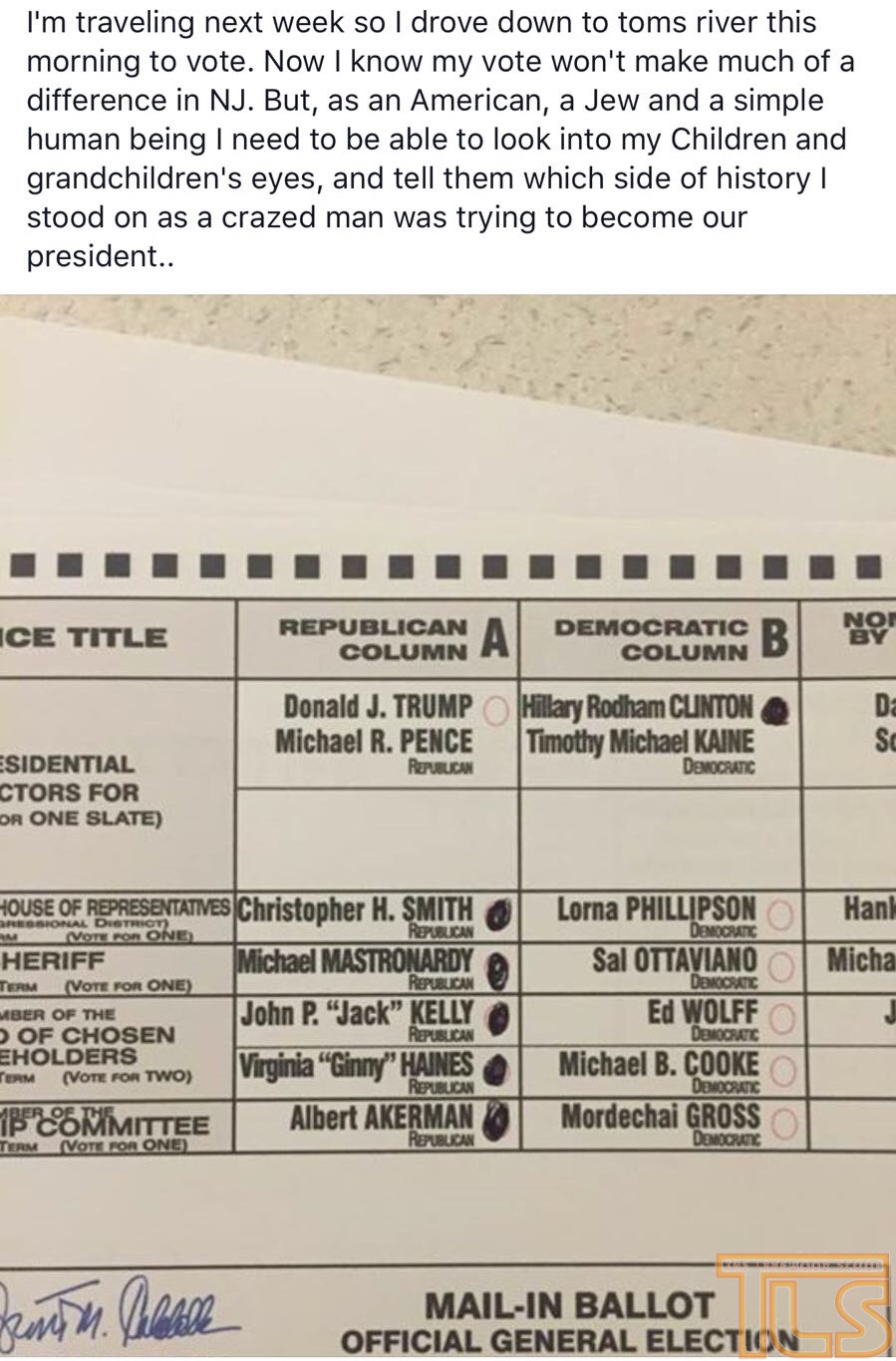 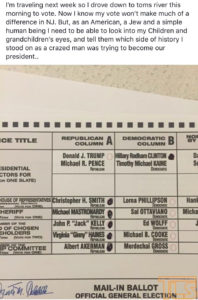 “I’m traveling next week so I drove down to toms river this morning to vote. Now I know my vote won’t make much of a difference in NJ. But, as an American, a Jew and a simple human being I need to be able to look into my Children and grandchildren’s eyes, and tell them which side of history I stood on as a crazed man was trying to become our president..”

Do you agree with his vote and reasoning?