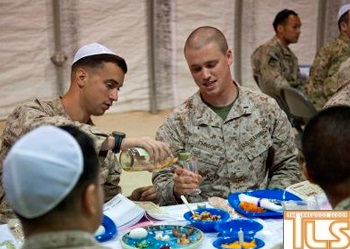 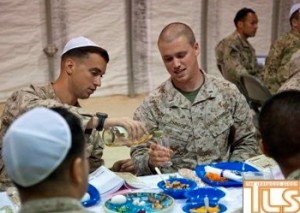 America’s Jewish military members deployed around the world during Passover can still participate in a traditional Seder meal and observe Kosher for the week, thanks to the work of Defense Logistics Agency Troop Support logisticians.

DLA Troop Support is providing more than 444 Seder kits, which contain everything needed to observe the first two nights of Passover, including food and all ceremonial items, said Mike Ferguson, a Clothing and Textiles customer support manager.

DLA Troop Support also provided 133 bags of palm, 30 cases of sacramental wine and 700 cases of Kosher for Passover Meals, Ready-to-Eat, Ferguson said. Locally, all of the Kosher Ready to Eat Passover meals provided to Jewish service members are being manufactured in Lakewood by LaBriute meals (see video below).

“That far from home, sometimes the traditions [our support] affords them to keep can help lift their spirits at a time they’re away from their families or in a dangerous situation,” Ferguson said. “That’s why we’re trying to get every Seder meal, every bit of palm and whatever’s required for the holidays, so that they know somebody is looking out for them.” 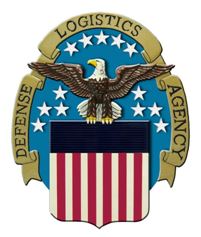 Planning for Passover support begins six months before the holidays, she said. Since they are a seasonal item, they require a new contract every year.

Both cases also contain similar beverage and snack food items, such as tea or coffee, cookies, dried fruits and nuts, and granola, as well as accessory packets with salt, sugar, spoon and fork, and napkins. The Passover ration also provides matzo crackers.

Granato said that as a practicing Roman Catholic, he appreciates how important it is for service members to have what they need to celebrate their religious observances.

“They sacrifice so much for all of us and are quite often in harm’s way,” he said. “I’m sure having these special meals in place for them to practice their faith means a lot to them.”

“So far so good, but it’s not going to be a success until the customers receive all of their stuff before the respective holidays,” Roshinko said. “They’re over there fighting for us. The least we can do is get them what they need before the holidays.”

DLA Troop Support supplies America’s armed forces with $13 billion annually of food, uniforms, protective equipment, medicine and medical supplies, repair parts and construction and equipment. Its history, rooted in Philadelphia, began in 1800 with the construction of the Schuylkill Arsenal before the Civil War.

As a Department of Defense combat support agency, DLA provides the Army, Navy, Air Force, Marine Corps, other federal agencies, and joint and allied forces with a variety of logistics, acquisition and technical services. The agency sources and provides nearly 100 percent of the consumable items America’s military forces need to operate, from food, fuel and energy, to uniforms, medical supplies, and construction and barrier equipment. DLA also supplies more than 85 percent of the military’s spare parts.

Headquartered at Fort Belvoir, Va., DLA has about 25,000 employees worldwide and supports more than 2,440 weapon systems.