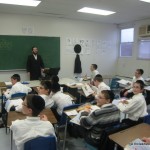 They say that its mode of action in man is not completely understood and there is no specific evidence which shows how it works and how it produces its effect on the nervous system.

They say that Ritalin is not always appropriate.

They say that the effectiveness of Ritalin for long term use – i.e. for more than 4 weeks – has not been systematically evaluated.

They say Ritalin can cause sudden death in children and adults and that this risk should be taken into account when considering prescribing Ritalin.

They say that before prescribing Ritalin all people should have a thorough cardiac checkup.

They say all who take Ritalin should have regular checkups for heart rate and blood pressure, CBC, differential and platelet counts.

They say that Ritalin might play a role in emergent aggressive and suicidal tendencies.

They say that Ritalin should not be used for children under the age of 6 as its safety has not been proved for young children.

They say Ritalin can interact badly with some other medications.

They say list as “common” the following side effects when taking Ritalin:-

They say Ritalin should not taken with alcohol and when engaged in intense physical activity.

In August, 2006, theUnited Statesmedicines watchdog, the Federal Drugs Agency, issued its most severe advisory warning against Ritalin after 25 people were found to have died from cardiac problems.

Seven children are also thought to have died in theUK.

A recent BBC program reported that about 50% of takers experience adverse side-effects. Professor Steve Baldwin, a clinical psychologist from theUniversityofTeeside, described how the drug alters behaviour. It narrows the child’s focus of attention—the classic effect of methylphenidate, not just on children but also on teenagers, adults and animals. He continued, “Apparently the child is improving but what’s really happening is there is less behaviour. The emotion is cut off and the feeling is cut off, and what we’re left with is children that behave like robots and zombies.”

Dr. Peter Jensen of the New York State Psychiatric Institute believes that drugs like Ritalin are being used as a form of social control. The apparently “positive results” their use seems to bring are due to their crushing of spontaneous behaviour, he argues, and likens this to technological child abuse. A generation is being brought up to conform—if they do not sit down, shut up and do what they are told, they are diagnosed and drugged, he said.

Alternatives are usually made from natural products which have been used safely for many years. Ritalin is a Schedule II medication in the same class as Heroin and cocaine – in other words, its dangerousness has been established.

InNew York, before being supplied with Ritalin, parents have to sign a form permitting the government to follow the progress of the child because it has been found that taking Ritalin is a precursor to the child getting into hard drugs later on.

The Physiology department ofCambridgeUniversityfound that Omega-3 is as effective as Ritalin in helping people with ADD and ADHD.

Lack of sleep, allergies to substances such as MSG, food colorings, lack of exercise, can all cause ADD/ADHD symptoms.

On a personal note, I recently met with a child whose liver had been damaged by Ritalin. After being on Ritalin for 2 years, when he went off it, he was back to where he was 2 years ago. Many mothers have told me that when their children started taking Ritalin, the side effects were so bad they discontinued giving it, and many bochurim have told me how they felt like zombies when they were on it as children.

When parents complain that their children are wild, HRG Harav C.P. Scheinberg shlita tells them that many Gedolim were wild when they were children

A BBC program (BBC – One-Minute World News  Monday, 12 November 2007) quoted a study which concluded that “The benefits of drugs had previously been exaggerated.”

Professor William Pelham of theUniversityofBuffalosaid: “I think that we exaggerated the beneficial impact of medication in the first study.

“We had thought that children medicated longer would have better outcomes. That didn’t happen to be the case.

“There’s no indication that medication’s better than nothing in the long run.”

Prof Pelham said there were “no beneficial effects” of medication and the impact was seemingly negative instead.

The Experts Recommend Medication and Psychological Counseling as the Treatment of ADHD.

But listen to this…

FACT: No medication has ever cured ADHD.

Physicians treat ADHD with medications. But ask your doctor. He will be the first to tell you the medicines he prescribes will not get rid of ADHD. It just will take care of the symptoms for a while. And when the medicine wears off- well, it’s better not to have anyone around your child at that time.

But it is worse than that. According to an article published in the American Journal of Psychiatry, medication does nothing to improve a child’s academic performance or social development. In fact the researcher found “no significant long-terms benefits of taking medication” for ADHD. Many other long-term studies back this up.

What the psychologist usually does is help you and your child live with and accept the condition. Psychology does nothing to treat or even to address the real ADHD symptoms.

So everybody, including the doctors, agree that the current state-of-the-art treatment for ADHD does nothing really to treat the actual disorder.

In conclusion, Ritalin definitely helps the teacher but probably does not help the child and there is a risk it might harm him. There are occasions when Ritalin can help a child or adult, but we must remember that it is a powerful drug which needs to administered very carefully. And a cup of coffee in the morning might be just as effective.

Professor Pelham now ‘treats’ ADHD by counseling parents and teachers on how to help the child modify his behavior.