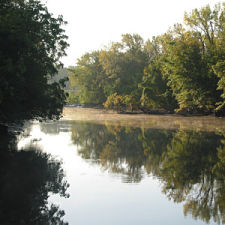 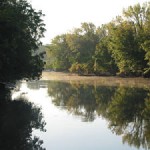 It’s a blueprint for devastation,” said William “Captain Bill” Sheehan, executive director of Hackensack Riverkeeper, expressing his opinion of the provisions suggested by Governor Chris Christie’s Department of Environmental Protection (DEP) Transition Subcommittee report. “It looks like they’re trying to disable the DEP,” declared Sheehan, referring to the committee’s suggestions for reorganizing the department and streamlining permitting processes. Recommendations include moving the Division of Fish and Wildlife from the DEP to the Department of Agriculture and shifting administration of brownfields cleanup to the Department of Community Affairs.

Debbie Mans, executive director of NY/NJ Baykeeper, expressed concern that the intent behind simplifying permitting procedures is to let developers ignore potential environmental impacts. She remarked, “When you see [the word] ‘streamline’, that sets off an alarm.”

“Christie’s rhetoric is that the DEP and environmental regulations are what’s holding back the economy of New Jersey,” observed Sheehan. “In order to unleash the economy, he wants to do away with the DEP. But go out along the highway and look at the buildings. We have destroyed forests, meadows, wetlands, and our quality of life to build them-and now many of them are vacant. Homes have been on the market for three years with no takers. Condos are resorting to rental and auctions-that means they’re in trouble. There are millions of square feet of office space, warehouses, and light industrial spaces available. We have to find businesses and organizations to fill the spaces we have, not build more.”

Sheehan said his organization will call on the U.S. Environmental Protection Agency (EPA) to intervene if Christie’s measures lead to violations of the Federal Clean Water Act. Because current New Jersey water regulations are more stringent than the Federal standards, the EPA has delegated authority to the state to issue permits.

“If the EPA steps in,” said Sheehan, “developers will have to get Federal permits, and any business knows that if you have a choice between dealing with the local government or the Federal government, you want to go local. It will be difficult at best to get anything done for a few years while the Feds set up a permitting structure.”

Mans commented, “Some things in the report make sense — investment in information technology, so documents and permits can go online, which would give transparency for applicants and for stakeholders who are trying to figure out what’s going on in their back yard. But the idea of setting different standards for environmental protection in different parts of the state is alarming. It’s unclear what this means, but if we’re looking to weaken protections where the most people live, it doesn’t make sense, since that’s where we have the most cumulative impacts.”

Mans is also concerned about the proposal to reexamine regulations regarding public access to waterfront areas. “The waterfront belongs to the public,” she said, explaining that regulations adopted under Governor Jon Corzine specify that most development occurring along the waterfront must provide public access, either on-site or through fees paid by the developer to create it off-site. Businesses see this charge as unfair, although they are private interests taking over a public property, and they want the public access requirement eliminated. Mans noted, “The effect would be to hamper the ability of urban communities to get folks down to the waterfront. We need to reconnect the public to waterfront.”

Sheehan, who served on Corzine’s DEP Transition Subcommittee, along with several other environmentalists, pointed out that the current committee was composed mostly of people from the business community, plus one environmentalist who had endorsed Christie, New Jersey Environmental Federation (NJEF) campaign director David Pringle.

When contacted for comment, Pringle emphasized that the report makes no specific recommendations for weakening environment regulations and that most of its directives call for reevaluation, which could take the direction of strengthening laws.

During the committee’s deliberations, he said, “When somebody would propose something, I’d say, ‘Okay, but you can’t undermine environmental health protections, and they’d say, ‘Of course, of course.’ It’s an open question whether our standards of environmental protection and theirs are the same. [NJEF] endorsed the Governor because he made strong commitments to protecting the environment during the campaign, and having worked closely with him, I think he’s committed to the same standards that we have.”

Sheehan, however, cited at least one outright effort of the report to weaken regulation. “We fought for a 300-foot stream buffer between bodies of water and development,” he said. “The report suggests cutting it to 150 feet.”

The reports of transition committees have been largely ignored by past governors, but Christie has already issued several Executive Orders (EO’s) that indicate a willingness to pursue the general direction indicated by the DEP committee. One EO freezes over 120 administrative rules, including several that address environmental issues, so a “Red Tape Review Group” can assess them and, possibly, chuck them out.

Pringle defended the freeze, saying the review could go either way. He observed, “One of rules frozen makes it unfairly hard to promote renewable energy on the New Jersey shore. It holds [putting up] solar panels and windmills to higher standards than developing casinos and massive housing developments. Other transition committee reports for me are more troublesome. The Authorities report recommends gutting the Highlands Act, and the Economic Growth report talks about studying permitting at the DEP and putting it under an economic entity.” NJN