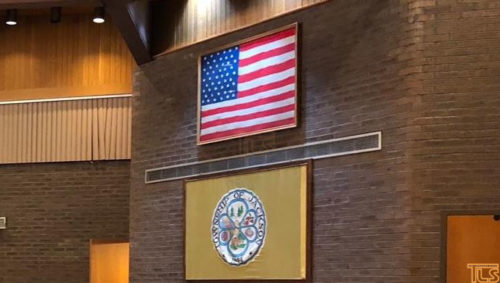 A new audio recording taken at the secretive CUPON meeting and obtained by TLS further upends claims by some who have been saying that the meeting and its attendees opposition to the proposed Jackson Trails development was over environmental concerns.

In the clip, disgraced former planning board member Richard Egan can be heard telling other attendees that besides for other requirements which would need to be met to create such a development, residents of the development would also probably be installing “magic wires,”a comment to which other attendees can be heard chuckling at.

For those reading this that don’t know, the “magic wires” he was referring to is an eruv, a symbolic boundary created by putting up small pieces of string (such as chicken wire) in a particular area. Putting up an eruv allows religious Jews to carry items within that symbolic boundary on Saturdays and certain holidays, which they would otherwise not be permitted to do.

What this latest audio strongly suggests is twofold:

That the concerns of the CUPON meeting attendees were not solely environmental ones at all – if they were, discussion of eruv would never have taken place as it has no environmental impact.

Secondly, the laughing at the installation of an eruv, a uniquely Jewish practice, shows that the attendees at the very least find Jews and their customs to be something to laugh at.