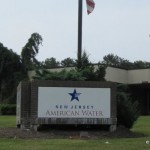 UPDATED: If you haven’t paid your water bill to NJ American Water – even for just one month – you may not have water over Yom Tov. Residents tell TLS, multiple NJAW customers today had their water shut due to non-payment for one month, without a shut-off notice.

One NJAW customer tells TLS, an employee for the water company said they will be shutting off water to hundreds in Lakewood over the next 2-3 days.

UPDATE: 4:30 PM. After the above article was published, Askonim immediately contacted the Utility Advisory Board, in hopes of resolving the issue.

The following is a statement submitted to TLS by Board member Greg Stafford-Smith:

“Tha Lakewood Utility Advisory board has been in contact with officals of New Jersey American Water Company, and the non payment shut off’s have been suspended for now. Anyone who has had their service shut off should call 1-800-1652-6987, and address the status of the accounts, if possible arrangements can be made”.
Share
Facebook
Twitter
WhatsApp
Linkedin
Email
Print
This content, and any other content on TLS, may not be republished or reproduced without prior permission from TLS. Copying or reproducing our content is both against the law and against Halacha. To inquire about using our content, including videos or photos, email us at [email protected].