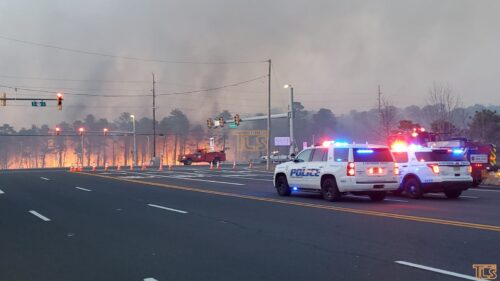 A Manchester man has been charged with 25 counts of Aggravated Arson, Ocean County Jail records show.

Though officials have not yet released any information, a source tells TLS some of the counts are connected to the numerous recent brush fires in Lakewood.

TLS reached out to LFD Chief John Yahr who said, “We cannot comment on the matter at this time, as it is still being investigated by the Ocean County Prosecutor’s Office.”

Ocean County Prosecutor Bradley D. Billhimer announced that on January 31, 2022, Gregory Fullman, Jr., 32, of Manchester Township, was charged with twenty-five counts of Aggravated Arson in violation of N.J.S.A. 2C:17-1a(5), in connection with multiple fires that occurred in the Townships of Little Egg Harbor, Manchester, and Lakewood – between May 2021 and January 2022.

On January 31, 2022, a multi-jurisdictional investigation into numerous forest fires intentionally set in Ocean County culminated with Fullman’s arrest. The investigation revealed that Fullman was responsible for setting fires and destroying or damaging wooded areas in Little Egg Harbor Township on May 16, 2021 and December 8, 2021, Manchester Township on December 1, 2021 and December 16, 2021, and Lakewood Township on December 1, 2021 and January 21, 2022. Fullman was taken into custody on January 31, 2022, and is presently lodged in the Ocean County Jail pending a detention hearing.

“I extend my sincere appreciation to the many law enforcement agencies that were involved in this very thorough and wide-ranging investigation,” Prosecutor Billhimer stated. “The resolve and determination exhibited by these professionals over the last eight months has resulted in this arrest. I am thankful for their hard work, and grateful that no one was hurt or killed as a result of these fires,” Prosecutor Billhimer concluded. 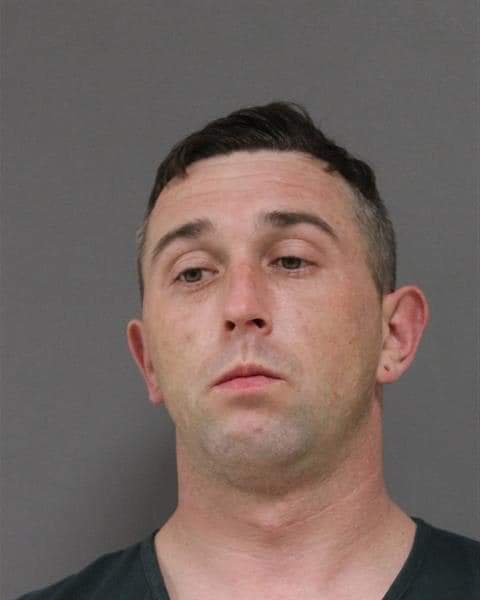 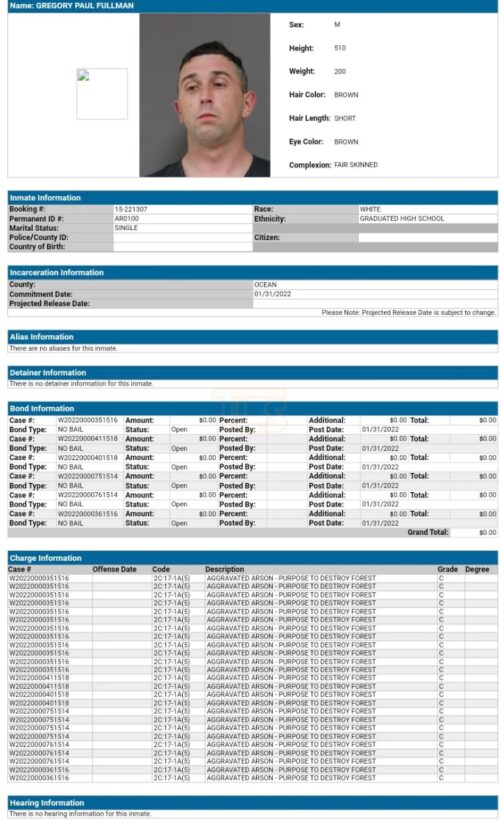