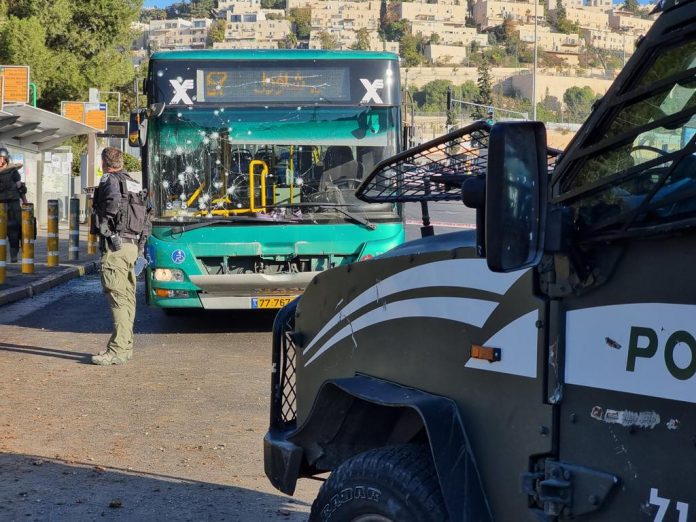 Two explosions at two bus stops near the entrance to Yerushalayim on Wednesday morning left one person dead and at least another 18 people injured, several critically, Israeli police said.

The first explosion occurred at a bus stop in Givat Shaul, just after 7am, as people were rushing to work and to Shachris.

At least twelve people at the bus stop were injured in the blast, including two critically and two seriously.

About 30 minutes later, a second explosion occurred at the Ramot junction.

Three people were lightly injured in the second blast.

16-year-old Aryeh Shechopek, a Canadian citizen yeshiva student who lived in Har Nof, was killed in the attack.

The explosives were thought to be left on a bike at the first bus stop. The exact circumstances of both explosions were not immediately clear.

Speaking at scene of one of the attacks, Israel Police Commissioner Kobi Shabtai said there may have been two attackers and called on the public to be alert for suspicious packages.

Bombing attacks targeting bus stops and buses, a trademark of the second intifada, are very unusual and haven’t taken place in the country for several years.

Update: Police have now clarified that 22 people were injured in total, 18 at the first attack and five in the second explosion.

This is a developing story and will be updated.