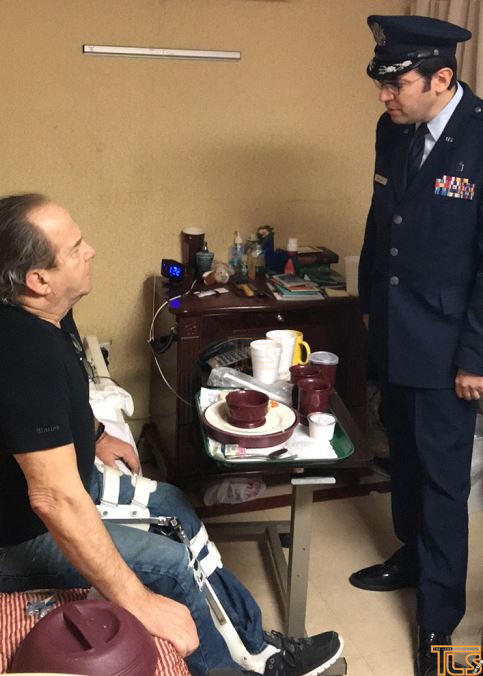 It was one of the “shortest” Fridays of the year, the first after changing the clock to Eastern Standard Time, which means that Shabbos is ushered in a lot earlier. Deputy Mayor Menashe Miller spent the day visiting approximately U.S. military veterans who currently reside in Lakewood, in honor of Veterans Day.

Deputy Mayor Miller, an Air Force Chaplain who spent a significant amount of time on duty in Iraq, visited Fountainview Nursing Home on River Avenue and Leisure Village East senior community on Route 70 dressed in his Air Force attire. His attire and military background helped the Deputy Mayor form an instant rapport with the veterans, who served in the Korean and Vietnam Wars. The veterans expressed their appreciation for the visit and Mr. Miller listened intently as they recounted their experiences of service and heroism – still vivid after all the decades that have passed. 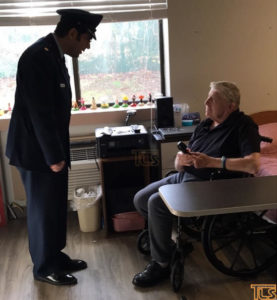 “The freedom and prosperity that we enjoy in our nation as in large part thanks to the courage and sacrifice of our men and women in uniform,” Deputy Mayor Miller remarks. “We owe them a great debt of gratitude and are honored that so many veterans have chosen to live in Lakewood during their golden years.”