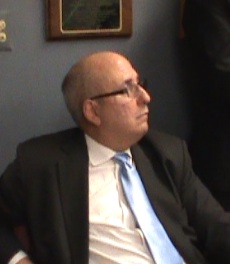 Ocean County Prosecutor’s Deputy Chief of Detectives Michael Mohel will be retiring after nearly 40 years of service, TLS has learned. Mohel, 60, of Lakewood, made the decision to retire public just hours ago, after nearly a four-decade career in the Prosecutor’s Office. “It was a great ride and I enjoyed most of my career”, Mohel tells TLS.

Mohel began his career in 1972, and climbed his way through the ranks, serving in Narcotics, Homicide and Internal Affairs divisions and eventually as Deputy Chief in 2008.

Mohel, along with his assistants, is responsible for solving hundreds of murder cases throughout the County, including the Matlosz murder and many other cases in Lakewood over the years.

“I’d like to thank all the Prosecutors and Detectives as well as all the local Police Departments for their assistance and support” Mohel says.

The Chief will be retiring in a private ceremony on October 1st. TLS.