Dept. of Agriculture Official at Meeting With NJCA: Kapporas Ritual Complied 100% with the Law 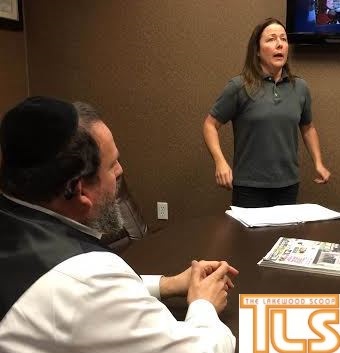 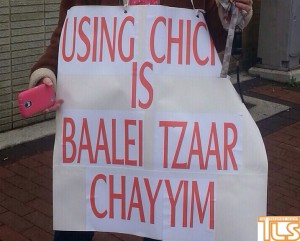 Following last week’s protest in Lakewood of the old-time Kapporas ritual which takes place each year during the Yom Kippor holiday, a meeting was held today between officials and Kapporas specialists to discuss the matter.

In a landmark meeting, a representative from the Department of Agriculture of the State of New Jersey sat down with representatives of the New Jersey Chaplain’s Association, a Lakewood based organization run by local askonim, to discuss Kapporos.

Ms. Lisa DeLambert, the Department of Agriculture’s expert on all poultry related matters discussed with participants the state’s concerns on how the chickens are transported into the state for Kapporos, where the unused ones go, and how they are handled during the process.

Larry Loigman Esq. represented the NJCA, using his vast knowledge of farming as well as his extensive experience on the forefront of religious legal cases, to reassure Ms. DeLambert that the appropriate measures were being taken.

“Ms. DeLambert did acknowledge that investigations were held during the Kapporas process and in no way was any breach in requirements noted,” an NJCA spokesperson told TLS. “From beginning to end, handlers of the chickens complied 100% satisfactorily with the law and she only wanted to clarify certain aspects of the law and to ensure that before, after and during the actual Kapporos, the chickens would always be treated humanely.”

“One of the key factors of the Mordechai Schwartz Kapparos Center is its humane treatement of the chickens, between feeding them regularly, giving them water and allowing them to roam in freer quarters, making Mr. Schwartz an ideal candidate to vouch for the legitimacy of the Kapparos ritual,” said an NJCA spokesperson.

The event was held at the NJCA headquarters in Lakewood.