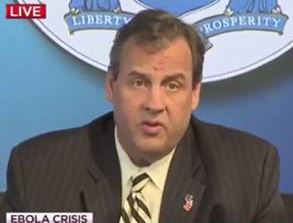 The New Jersey Department of Health released the following statement: Since testing negative for Ebola on early Saturday morning, the patient being monitored in isolation at University Hospital in Newark has thankfully been symptom free for the last 24 hours. As a result, and after being evaluated in coordination with the CDC and the treating clinicians at University Hospital, the patient is being discharged. Since the patient had direct exposure to individuals suffering from the Ebola Virus in one of the three West African nations, she is subject to a mandatory New Jersey quarantine order. After consulting with her, she has requested transport to Maine, and that transport will be arranged via a private carrier not via mass transit or commercial aircraft. She will remain subject to New Jersey’s mandatory quarantine order while in New Jersey. Health officials in Maine have been notified of her arrangements and will make a determination under their own laws on her treatment when she arrives.

Physicians at University Hospital have continuously monitored the patient’s situation since admittance on Friday, following her arrival at Newark Airport from West Africa where she had been treating symptomatic Ebola patients. The patient was initially found to have no symptoms, but later developed a fever. Because she had symptoms, she was subsequently transferred to University Hospital where she was placed in isolation under a quarantine order for review and testing. She was cared for in a monitored area of the hospital with an advanced tenting system that was recently toured and evaluated by the CDC. While in isolation, every effort was made to insure that she remained comfortable with access to a computer, cell phone, reading material and nourishment of choice.