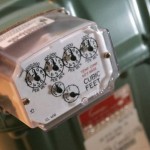 The sluggish economy and stubbornly high unemployment are forcing recession-weary New Jersey residents to apply in record numbers for federal help with their home heating bills, officials said. The number of New Jersey residents receiving assistance with their utility bills is projected to surge by 31 percent this winter to 386,510 — nearly twice as many as received assistance two years ago, according to the National Energy Assistance Directors’ Association. New Jersey is one of 17 states where demand for funds from the federally financed Low-Income Home Energy Assistance Program, or LIHEAP, is expected to rise by more than 20 percent this year.

The reasons for the surge are manifold, including some bitterly cold weather and a steady string of snowstorms. But Mark Wolfe, the NEADA’s executive director, says nagging unemployment is principally to blame — particularly an alarming rise in the number of people who have been out of work for 27 weeks or more.

“Let’s say you’re a typical American and you don’t have much savings,” Wolfe said. “You have some money sitting around, and you have some severance that you might get, but after six months you’ve run through those and unemployment is not really enough to live on. So what happens is when energy bills strike, you don’t have any place to go.”

Amy Wallace’s predicament was even more dire. Just over two years ago, Wallace, 44, of Moonachie, and her fiancé, Charles Gardner, were getting by just fine. He had a steady job driving a dump truck. Wallace worked as a bartender — a job that she left when Gardner got sick with lung cancer. Her savings, including an inheritance, had dwindled from about $100,000 to just $250 by the time he died in February 2008, she said.

Months later, doctors discovered a tumor in Wallace’s uterus. Complications from a hysterectomy, along with severe depression and anxiety, have left her unable to work, she said, and struggling to get by. Unpaid utility bills had been piling up at her home in a trailer park off Moonachie Avenue for several months by the time she walked into the Hackensack office of the Bergen County Community Action Partnership for the first time late last month.

Claudia Vasquez, the organization’s utility programs administrator, said she was able to arrange for a $400 emergency supply of propane and a $124.83 monthly credit to Wallace’s Public Service Electric and Gas Co. bill for the next 12 months.

Wallace said she waited so long to visit the community action partnership offices on Moore Street in part because she had been receiving some assistance through the federal Temporary Assistance for Needy Families program, which is commonly referred to as welfare, and in part because she was reluctant to ask for help.

“I’m kind of a proud person to ask,” she said. “That’s my own issue. I go to church, and that’s what they’re there for, and I won’t even ask them to pray for me. I know someone else needs prayer more than me, so that’s kind of who I am.”

The organization extended its hours two nights a week and hired additional staff to handle the extra demand, Vasquez said.

The Passaic County weatherization and home energy office received more than 1,500 applications for heating assistance this year, up from 500 or so five years ago, Palmer said.

Samuel Yodice Jr., who was named director of the Passaic County weatherization and home energy office at the beginning of February, said there is a familiar thread linking many of the calls his office gets these days.

“It’s typical: ‘I was fine and now I need help,’ ” he said. “It’s ‘everything was fine, my life was good, then I lost my job,’ and now they’re just looking for help anywhere they can get it. Either they’re disabled or they’re elderly and on Social Security, getting $1,200 or $1,300 a month, or they’re families of four or five and everything was fine two years ago, and now they’re talking about food stamps.”

The national unemployment rate dipped slightly in January, to 9.7 percent from 10 percent at the end of 2009. However, the 6.3 million Americans who had been out of work for 27 weeks or longer in January accounted for 41.2 percent of all unemployed people, up drastically from 21.1 percent in January 2009, according to the U.S. Bureau of Labor Statistics.

The New Jersey economy, meanwhile, shed 2,300 jobs in December, the most recent month for which data were available. That pushed the state’s unemployment rate to 10.1 percent, nudging it ahead of the national rate for the first time sine October 2006, according to the state Department of Labor and Workforce Development