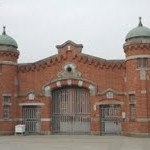 [Submitted by Japan Pidon Shvuyim] The dramatic close to this chapter doesn’t bring an end to the Japan saga, as Yaakov Yosef ben Raizel remains imprisoned. Efforts to maintain Yaakov Yosef’s status at the Chiba Detention Center until his transfer to Israel have been productive.

According to Israeli protocol, one-third of the full sentence can be deducted, and the remaining time can also be commuted as per their discretion.

Yaakov Yosef could, therefore, with the help of Hashem, be released from prison within a few months from now. Efforts are well underway towards expediting his return home to Eretz Yisroel. All are asked to continue being mispallel for Yaakov Yosef ben Reizel.

Yakov Yosef showed great self-sacrifice when chosing to appeal the initial verdict he received at the District Court. Most convictions in Japan are not appealed at a higher court. One of the primary reasons why Yakov Yosef opted to appeal – in consultation with daas torah – was to demonstrate unequivocally his claim of innocence, thereby hoping to influence the mindset of Yoel Zev’s judges when perceiving him as an accomplice. (Not appealing is – in Japan – an indication of accepting guilt.)

If not for the protracted appeal procedure, Yakov Yosef would be now already serving time in an Israeli prison.

During the preparations of the appeal trial, several new element of defense surfaced, additional expert witnesses were brought to Japan, and further emphasis was placed on the unethical blindeye being given to the polygraph examination results.

The Judges of Yoel Zev agreed to adopt most of the new defence materials that were introduced and accepted by the judges at Yakov Yosef’s appeal trial.

We are grateful to Yakov Yosef’s altruism, at the cost of his own comfort. May Ha-shem repay him with a ישועה בקרוב.