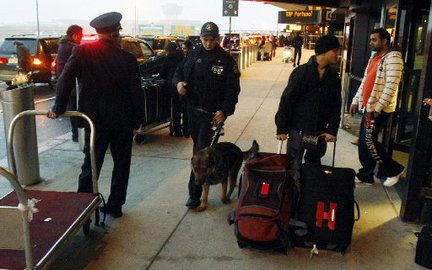 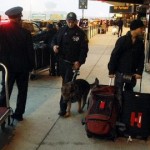 Gov. Jon Corzine today said the state has increased security measures for the holiday weekend following the botched attempt to blow up a Detroit-bound airliner. “Security officials have confirmed that there is no known threat to commercial air travel in and out of New Jersey airports, and that additional security measures will be taken to ensure the public’s safety,” the governor said. He said security personnel and procedures will be heightened as a precaution at Newark Liberty International Airport “and other transit locations by the Port Authority Police Department and supporting agencies.”

Corzine also said security will be enhanced at train stations and NJ Transit facilities. Those measures include deploying K-9 units and increasing the State Police presence.

“We will also increase the number of officers patrolling our roadways to be on the lookout for impaired drivers or any abnormal activity,” he said.

The state’s actions come in response to the Christmas Day attempt on Northwest Flight 253 by a 23-year-old Nigerian passenger who authorities said burned himself but failed to detonate explosives concealed in his underwear. Umar Farouk Abdulmutallab was arrested and Al Qaeda in the Arabian Peninsula, an offshoot of Osama bin Laden’s group, claimed it was behind the attempted attack on the airliner carrying 289 people.

Travelers should check ahead for delays. Anyone who sees unusual activity is asked to call the state homeland-security hotline at (866) 472-3365 (4-SAFENJ), or e-mail [email protected]