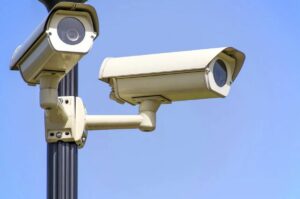 The letter, signed by the entire bipartisan New Jersey Congressional Delegation, asks for FEMA to change the way the Urban Areas Security Initiative (UASI) Program funding is dispersed. UASI assists urban areas deemed high threats in establishing efforts to prevent and protect against acts of terror. Under the current system, FEMA has allowed the government of Pennsylvania to decide if South Jersey should be eligible to receive any portion of UASI funding for the Philadelphia-Camden-Wilmington Metropolitan Statistical Area. This has resulted in UASI funding for that area directed solely to projects in Pennsylvania.

“New Jersey taxpayers get less back in federal assistance for the taxpayer dollars they pay in than any other state in the country; this is just another example of New Jerseyans not getting what we need, and it’s time that changes,” said Congressman Kim. “This funding is critical for the safety of our communities. Whether its funds to help our places of worship improve their security in the face of rising Anti-Semitic violence, or resources to protect our infrastructure and industry, I’m proud to be joined by my colleagues from both sides of the aisle to stand up for New Jersey.”

The letter cites increased threats to New Jersey, including the fact that in 2018, according to the Federal Bureau of Investigation (FBI), New Jersey saw an increase in the number of hate crimes with 561 incidents reported.