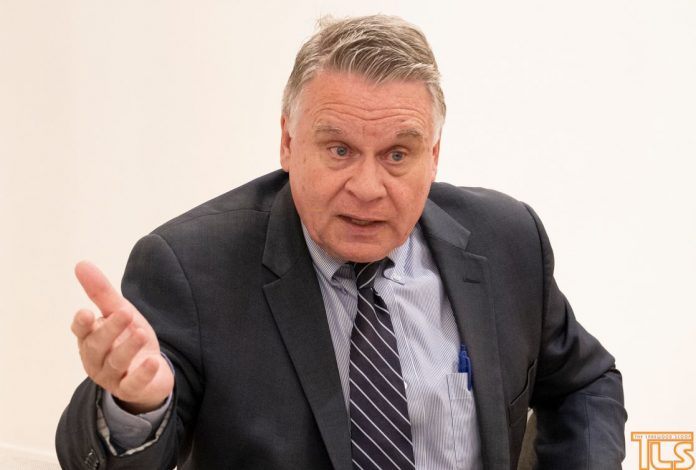 As one of the first legislative acts in the new Congress, Rep. Chris Smith (R-Manchester) today voted for the Family and Small Business Taxpayer Protection Act­­ (HR 23)—legislation that would rescind more than $70 billion in federal funding for approximately 87,000 new Internal Revenue Service (IRS) agents.

“It is long past time that this outrageous Biden policy that aggressively targets American taxpayers and their hard-earned dollars is repealed,” said Smith.

“Bureaucrats in Washington must be held accountable to the American people—not emboldened to go after them,” Smith said.

The significant expansion of the IRS was signed into law by President Biden last summer as part of the so-called “Inflation Reduction Act”—massive tax-and-spend legislation that Smith strongly opposed and voted against in August.

“Amid decades-high, crushing inflation, Democrats in Congress supercharged the IRS with $80 billion and 87,000 new agents to audit hardworking Americans and grant the agency more power to target critics of the Biden Administration,” Smith said.

“The Family and Small Business Taxpayer Protection Act is a great first step in the right direction as we work in the new Congress to mitigate inflation and thwart the recession caused by Biden’s disastrous economic policies,” said Smith.