Congressman Smith Holds Hearing On Combating Anti-Semitism Around the World 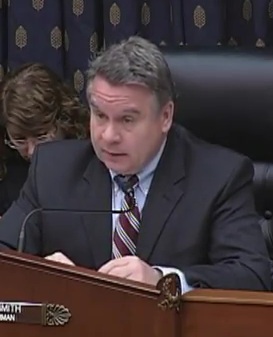 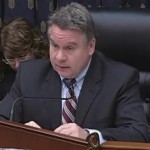 VIDEO: Global anti-Semitism was the focus of a congressional hearing held Friday by Congressman Chris Smith (NJ-04), chairman of both the Organization for Security and Cooperation in Europe (OSCE, also known as the Helsinki Commission) and the House congressional panel that oversees international human rights.

“Our work is far from done,” said Smith, who is also co-chairman of the Congressional Anti‐Semitism Task Force, and an executive member of the Tom Lantos Human Rights Commission. “Despite the efforts of many good people, mostly in courageous NGOs but also in our government and a few other governments – despite the conferences, commitments, laws, training, monitoring – the measure of our success is what happens on the ground. By most accounts, the despicable evil of anti-Semitism has decreased in most parts of the OSCE region in recent years – but it still remains at higher levels than in 2000. This is simply unacceptable, and it’s why we’re here today.”

The hearing, entitled “Combating Anti-Semitism in the OSCE Region:

Taking Stock of the Situation Today,” reviewed U.S. government and civic efforts to combat this longtime international bias with attention to initiatives that target violence and other manifestations of anti-Semitism in the 56 countries that make up the OSCE. Lessons learned and the best ways to proceed forward were discussed.

Testifying before the commission were:

The U.S. Helsinki Commission is an independent agency of the federal government charged with monitoring compliance with the Helsinki Accords and advancing comprehensive security through promotion of human rights, democracy, and economic, environmental and military cooperation in 56 countries. The Commission consists of nine members from the U.S. Senate, nine from the House of Representatives, and one member each from the Departments of State, Defense, and Commerce.

In March 2011, Smith addressed the OSCE at a Prague meeting on “Confronting Anti-Semitism in Public Discourse.” He said investigations and prosecutions of crimes related to anti-Jewish bias were critical to addressing the problem. TLS.