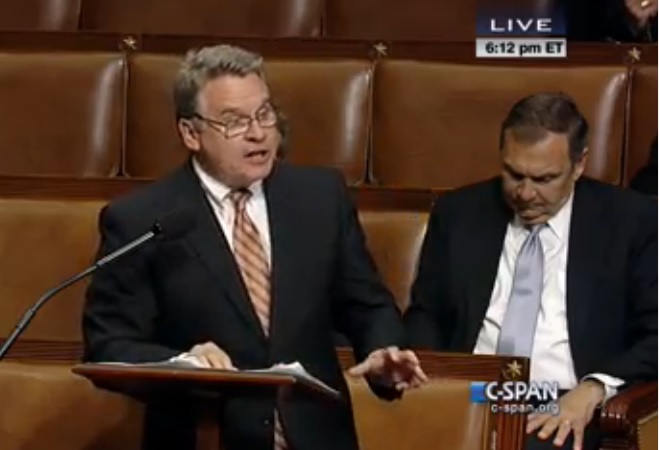 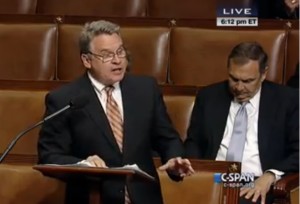 The House of Representatives last night passed legislation cosponsored by U.S. Rep. Chris Smith—the Tick-Borne Disease Research Accountability and Transparency Act of 2014 (HR 4701)—which, if enacted, will be the first federal law to identify and seek to address chronic Lyme disease.

“The bill before us begins the process of helping Lyme patients by establishing an interagency Working Group on Lyme disease and creating a strategic plan to guide existing federal Lyme disease research and treatment programs,” said Smith calling for passage of the bill. “This Working Group will be required to comply with FACA, the Federal Advisory Committee Act, which ensures decisions are made in an open and transparent manner and allows for greater public input in the decision making process.

“The final bill brought to the floor today will address the gaps in health treatment—the great unmet need—for patients in the Lyme community,” Smith said. “It is a great step forward for chronic Lyme patients, especially those who have suffered for decades with this debilitating disease—only to be told that their illness doesn’t exist.”

“At this meeting, we discussed ways to assist patients and raise awareness of treatments for individuals who receive a diagnosis,” Smith said. “I raised the apparent ineffectiveness of a month long antibiotic treatment for those suffering from chronic Lyme and argued that much more needs to be learned about Lyme disease and how to prevent it, detect it and treat it. Today, 22 years later, far too little has been accomplished.”

Smith, the co-founder and co-chair of the House Lyme Disease Caucus, has been working on the legislation closely with Rep. Chris Gibson (NY-19), the sponsor of the bill, as well as House Energy and Commerce Committee Chairman Fred Upton and Health Subcommittee Chairman Joe Pitts.

Smith credited grassroots Lyme advocacy groups for their unyielding commitment to improving the federal response to Lyme disease and for the progress on the legislation. The Lyme Disease Association of Jackson, N.J., led by Pat Smith of Wall, N.J., is one such group.

“Pat Smith is an extraordinary woman whose work has been transformational,” Smith said.

The bill, which passed unanimously in a voice vote, specifically identifies the goal of improving outcomes for Lyme disease patients with chronic or persistent infection and co-infections—which afflicts approximately 10-20 percent of newly infected Lyme disease patients.

Smith pointed out that the CDC refers to chronic Lyme as “Post-treatment Lyme Disease Syndrome” (PTLDS)—a term that suggests that suggests perhaps incorrectly that the Spirochaete has been vanquished—and that long term antibiotics is not recommended. But doctors, including Dr. Richard Horowitz, disagree. Smith noted Dr. Horowitz comments that: “increasing the dose of antibiotics and/or extending the length of treatment, clearly did help a certain percentage of my patients. Their fatigue, headaches, joint and muscle pain, and cognitive symptoms improved.”

“Dr. Horowitz is not alone,” said Smith. “We need scientific based answers and a comprehensive probe that goes wherever the data suggests.”

HR 4701 incorporated many of Smith’s provisions and will allow the patients suffering from Lyme, the doctors and researchers working on Lyme, and the boots-on-the-ground advocacy organizations to have a seat at the table when decisions are made.