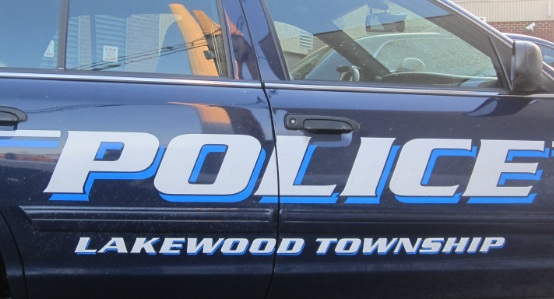 Last night Police received information that a wanted person out of Freehold was at a Latin Concert at 1690 Oak St. Officer Jason Yahr was at the venue and spotted Ricardo Nava who was wanted by the Freehold Boro Police Dept on outstanding warrants and was arrested without incident. However, his brother, Felix Nava was arrested for obstruction after attempting to interfere with the arrest.

Felix Nava was transported to Police Headquarters and was released shortly after that.

A short time later, Officer Geno Messer arrived at police headquarters with a party who was under arrest for unrelated events. As he pulled into the police parking lot, he observed Felix Nava in the front seat of a pick up truck belonging to the Lakewood Township Inspections Department.

Upon seeing Officer Messer, he attempted to flee on foot but was apprehended quickly by officers. Felix Nava was then charged with burglary and attempted theft of a motor vehicle and was transported to the Ocean County Jail.

Several hours later at approximately 2:00 AM multiple Officers were dispersing the large crowd of people that had gathered in the parking lot outside the concert venue.

Officer Kristie Buble requested assistance after a large fight broke out. While breaking up the fight, Victor Ascencio turned against Officer Buble and grabbed her by her shirt and shoved her. Officer Buble quickly gained control of Ascencio and placed him under arrest. He was charged with Aggravated Assault on an Officer and Bail was set at $7,500 with out a 10% option.

A few minutes later, Sgt. Staffordsmith was walking behind 22 yr old Alex Reyes-Ramirez of Jamsburg while escorting him to his car when he observed him reaching into his waistband to retrieve what was believed to be a weapon. Staffordsmith was able to gain control of Rameriz and forced him to drop what was later determined to be a makeshift weapon out of an aluminum beer can. The weapon was designed to cut or slice it’s intended target.

Rameriz was charged with Aggravated Assault on a Police Officer as well as Possession of a Weapon. Bail was set at $15,000 without a 10% option.

After placing Rameriz in a patrol car the Officers were aggressively approached by his brother Rafael Ramirez. Mr. Rameriz was subsequently placed under arrest for defiant trespassing. His bail was $2,500 without a 10% option.