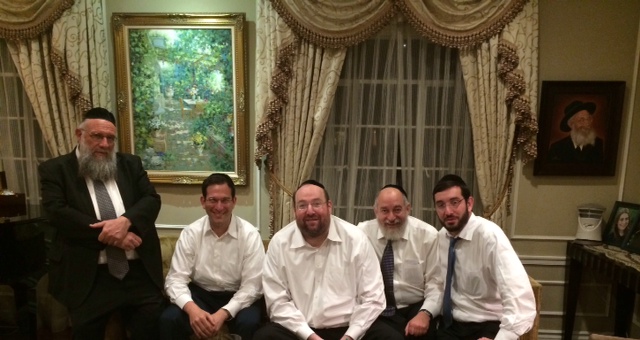 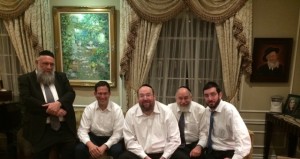 By A. Melamud‎. The dog days of summer conjure up images of frantic last minute back to school shopping, school busses wreaking havoc on already congested streets and, of course, smiling eager children, tinokos shel bais rabban of all ages and stages, brimming with excitement and suspense as the new school year dawns. With the ongoing explosive growth of Lakewood, new and expanding schools and chadorim have become yearly occurrences.

With all the enthusiasm in the air, there is a painful reality widely known in our community. There are homes in our neighborhoods in which the school supplies are neatly packed in pristine briefcases that lay forlornly on hooks and in closets; in which school shoes remain in their new boxes as parents and children valiantly attempt to mask their anxiety and pain. These are the families in which some or all of their children will not be boarding any bus or joining any carpool; will not be holding admission cards to any of the any mosdos hachinuch. While it may be true that our classrooms are overcrowded, in far too many instances compromising academic and social weaknesses together with difficult societal considerations are sadly robbing our children of their precious right to chinuch hatahor. It is certainly no secret that everyone vies for the top caliber students, may we allow our underprivileged children to become a pawn in a bidding war between our noble mosdos? In a recent speech delivered by Rabbi Shlomo Chaim Kanarek to his faculty he made a poignant and glaringly truthful point. “Where mosdos used to pride themselves in the students they produced, today’s schools pride themselves by the students they accept”. If we cannot appreciate the inherent value of chinuch for weaker students, are we truly realizing our collective responsibility to the next generation of Yiddishe Tattes and Mammes? The devastating results speak for themselves. These families are no different than their friends and neighbors. The children are no less worthy of a torah true chinuch, the hopes and dreams of parents since time immemorial. With all of the added parallel classes and new schools, the sad fact remains; our most vulnerable children are being left behind. Is there be a greater ache in the heart of a mother whose primary age child remains at home while his peers are already singing the age old tunes of aleph bais? Can one imagine the anguish of a high school girl receiving one rejection letter after the other, ultimately hanging her head in shame at the oft repeated question “which high school are you going to”? And while tens of thousands of our children scamper off to the various mosdos for a year of learning and growth, a minority too large to ignore are silently screaming for help. As common as the problem has become, a real solution remains, as of yet, elusive.
Year after year, dedicated askonim, their phones ringing off the hook with calls for assistance, meet with the roshei mosdos in a valiant attempt to ensure each and every ben and bas yisroel the opportunity that so many of us take for granted. At the helm of the efforts stands the champion of chinuch habonim v’habanos in Lakewood, Rabbi Shlomo Chaim Kanarek, who has answered the call time and again resulting in 15 primary classes in 5 mosdos, as well as a mesivta and high school for girls with a staggering 185 girls in the ninth grades alone. Joined by a vaad of tireless askonim, many a sleepless night has passed and untold efforts have been exerted to combat this growing crisis with a viable and permanent solution.

With all the measures being taken, however, more is needed to eradicate the predicament once and for all. Klal yisroel at large have come to recognize that every Jewish crisis, local national or global, will land in the benevolent and compassionate hands of the ambassador of all nitzrochim and worthy causes, Shlomo Yehuda Rechnitz. From personal causes to international mosdos of chesed and chinuch, including his recent magnanimous dedication of the Lakewood Cheder Vasser Building, Shlomo Yehuda has justly earned his place as a household name in klal yisroel. Time and again his great heart has expanded to allow yet another need of both yochid and tzibbur to become his own.

This crisis has been no different. From across the country, Shlomo Yehuda once again felt the pain, sensed the need, and has so characteristically responded swiftly and decisively. As Rabbi Berish Goldenberg, Menahel of Yeshiva Toras Emes in Los Angeles and close confidant of Shlomo Yehuda relates,” Of all the schools and mosdos that Shlomo Yehuda has been working with across the globe, Lakewood has proven time and time again to be the most challenging. The requests he gets from Lakewood parents far surpassed those from all the other mosdos combined. Some calls are made by his gabboim and some he has to make directly”. Indeed Shlomo Yehuda is steeply involved in the needs of the Lakewood tzibbur in a way known only to the roshei hamosdos themselves. Of all of the myriad of worthy causes that claim his attention and assistance, the school crisis is clearly of top priority to Shlomo Yehuda. Shlomo Yehuda is keenly aware that some issues are greater than mere fiscal considerations. To this end has lent his signature creativity as much as his financial support in assisting anyone, even total strangers, who reach out to him for help. As one prominent menahel reported, “I got a call from Shlomo Yehuda convincing me to take in a boy. Even though I never spoke to him before I found it hard to decline his request. When I asked him how he knew the boy so intimately, and what his relation to them was, he responded he doesn’t know him at all nor did he ever meet this person. I responded to him if you don’t know the person and yet called me to stick out your neck for him, I have no right to not take this boy.” The menahel then concluded that Shlomo Yehuda never offered him a penny to take the child. In fact, the parents of the child subsequently ended up sending him to another school for personal reasons. Despite that, 2 days after the conversation with Shlomo Yehuda, “I received a check from one of his shluchim for $200,000 which I later found out from other roshei mosdos that I was not nearly the only sizable check he gave out that week to the local mosdos.”

This year, after endless meetings and cajoling proved successful in procuring every child a slot in school, the stage has been set for real change. Armed with the brochos of the Roshei Hayeshiva who are only too aware of the dire predicament, the askanim at the forefront of the efforts have taken the issue to a new playing field. In a stunning and unprecedented endeavor of askonus stemming from unadulterated caring and ahavas yisroel, a delegation of veteran askonim including Rabbis Shlomo Chaim Kanarek, Aaron Kotler, Menashe Frankel, Tzvi Rosen, Avi Verschleiser and others made the cross country trip to Los Angeles to met and collaborate with Shlomo Yehuda who cleared his hectic schedule to join forces in using any and every means at their collective disposal, leaving no stone unturned, in guaranteeing every child a slot in school. With much siyata dishmaya, a concerted effort will unite all of Lakewood’s mosdos in a win-win situation for all, including a newly revised application and acceptance process and other poignant measures which will be made public in the near future.

Yes, thanks to the united efforts of all involved, the requisite steps are now well underway to afford every parent and child and indeed the entire Lakewood kehilla the security of knowing that truly no child will be left behind. To quote Shlomo Yehuda himself, “I never realized the amount of sweat Menashe Frankel, Tzvi Rosen, Avi Verschleiser, Reb Shlomo Kanarek and Ahron Kotler put in year after year to help these vulnerable parents and children was simply astounding. I was so inspired that when they left the house I realized I have not done enough.”