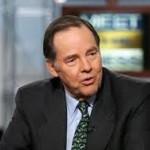 By Ron Benvenisti. Reading the Asbury Park Press website this morning, there was an article entitled, “Kean praises Islamic community.” Former NJ Governor Thomas H. Kean told an audience at Georgian Court University Tuesday night, “The radical jihadists behind 9/11 unjustly took a great religion and made it synonymous with the horrific events.” This is Kean who chaired the commission that investigated the circumstances surrounding the terrorist attacks, a commission that has come under fire for the alleged facts in their final report on 9/11 by a host of scientific experts and eyewitnesses.

He goes on:
“We have a tremendous country and the Islamist community is loyal to this country,” the former New Jersey Governor said during a question-and-answer period following his talk about 9/11 and its aftermath.
The now history professor publicly stated [Before the attacks] “we felt so secure, with our ocean barriers. America had not had an attack on its soil since the War of 1812, he added. I guess he conveniently forgot the historical Pearl Harbor attack and the 1993 bombing of the World Trade Center, whose plotters assassinated Rabbi Meir Kahane Z’T’L.

I find Kean’s appeasement of Islam, which is synonymous with Jihad according to the Koran and Shariah Law – a vicious, vindictive and violent “justice” system commanding global adherence and world domination by any means, especially at a Christian Catholic University whose religious adherents are discriminated against and murdered by Muslims everyday in every Arab Muslim regimes very disturbing. His revisionist history, from a “history professor” no less, extremely disturbing. But one of the comments disturbed me even more:

yamyam
5:55 AM on September 21, 2011
“I have no respect for the religion. It can be equated to any cult type religion that fully controls the members thoughts actions and time. It is wayyyyy too controlling. period. I know of some and they are not open minded, they don’t think for themselves, similarly to the lakewood community.”

State Police Superintendent Col. Joseph “Rick” Fuentes, also attended said “New Jersey is fertile ground for terrorism because of its location between New York, Philadelphia and Washington. Technology leads the efforts of the State Police Regional Operations Intelligence Center, known as The Rock, which is a large database of intelligence-led policing links of first responding agencies.”

I wonder if “The Rock” is intelligent enough to follow up on ignorant and dangerous miscreants like “yamyam” who equate Judaism with Islam.